The author examines the position of the Council of State between legislation and administration, observing how the overlapping of the two levels - the institutional level of the organ and the apparently less institutional but equally stable and prestigious level of its members - has constituted a constant that has profoundly influenced our public law. The author further observes that the 'vigilant' presence of the Council of State over an entire branch of law, in its different articulations that concern the formation of the rules, their application and their interpretation, can be evaluated from various points of view. Nevertheless, in the author's opinion the relationship between judge and law always ought to be dominated by the principle of legality. Apropos of this, it has been rightly recognized that the principle of legality, although its importance is self-evident, has been viewed in different ways over time, and the evolution of the last decades also has brought significant changes, perhaps with respect to the general sensitivity for the principle even more than the reach that is formally recognized to it. In the administrative law of the final decades of the twentieth century, attention to the principle of legality assumed additional significance owing to the close relation established with the democratic principle. And yet, even before so variegated a picture, the position of the Council of State seems essentially unchanged. The room reserved for unwritten principles and the elaboration thereof remains practically intact, as though the original situation still prevailed, represented by a justice that, along with the law and prior to the law, recognized the importance of unwritten principles, going back in the final analysis to Enlightenment tradition and, even before, to natural law tradition. And even many new features of the Constitution have ended up being absorbed along this line of essential continuity, because they mostly have been identified with previous principles. 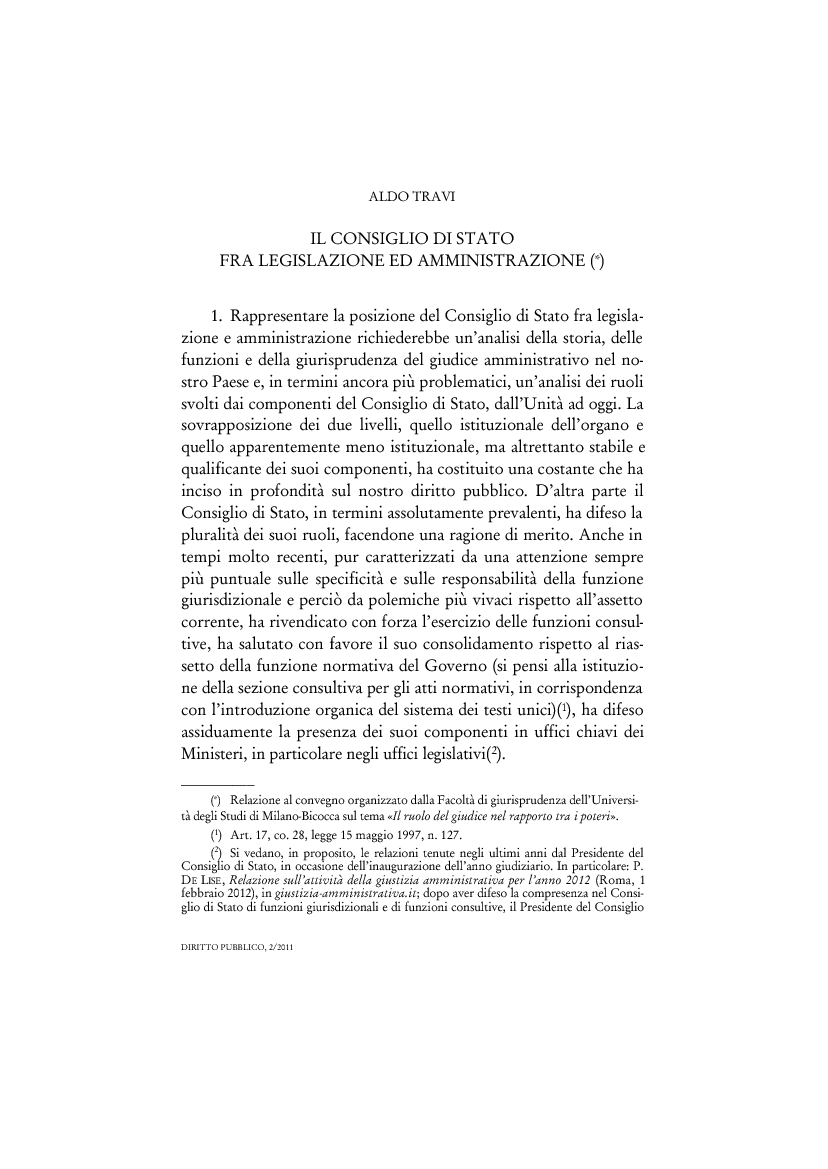