This study is the result of research that has developed over time in the wake of various stimuli arising from other research. The author does not enter into the recurrent controversy over the beginnings of the discipline and its founder because any thesis is invalidated by an underlying error stemming from the fact that the notion of administrative law is not unambiguous. As is obvious, the object that was founded and the period of its beginning vary depending on the definitions that are given to it. The research is instead concerned with bringing out how much of the more recent acquisitions of administrative law doctrine, including those that are attributed to the advent of the multiclass State, to its 'constitutionalisation' and to the principles of European law, actually were preceded, in the essential lines, by the studies of Gian Domenico Romagnosi. Owing to this aspect, the writing highlights 1) how after the end of absolutism, in a cultural and political climate of particular freshness and vivacity, peaks of legal civilization were reached that then became consolidated only after more than two centuries; 2) how Romagnosi's relevance lies not in the single propositions that he arrived at - some of which were clearly forerunners - but in the method that he adopted for disentangling the complex issues of a system in the making. 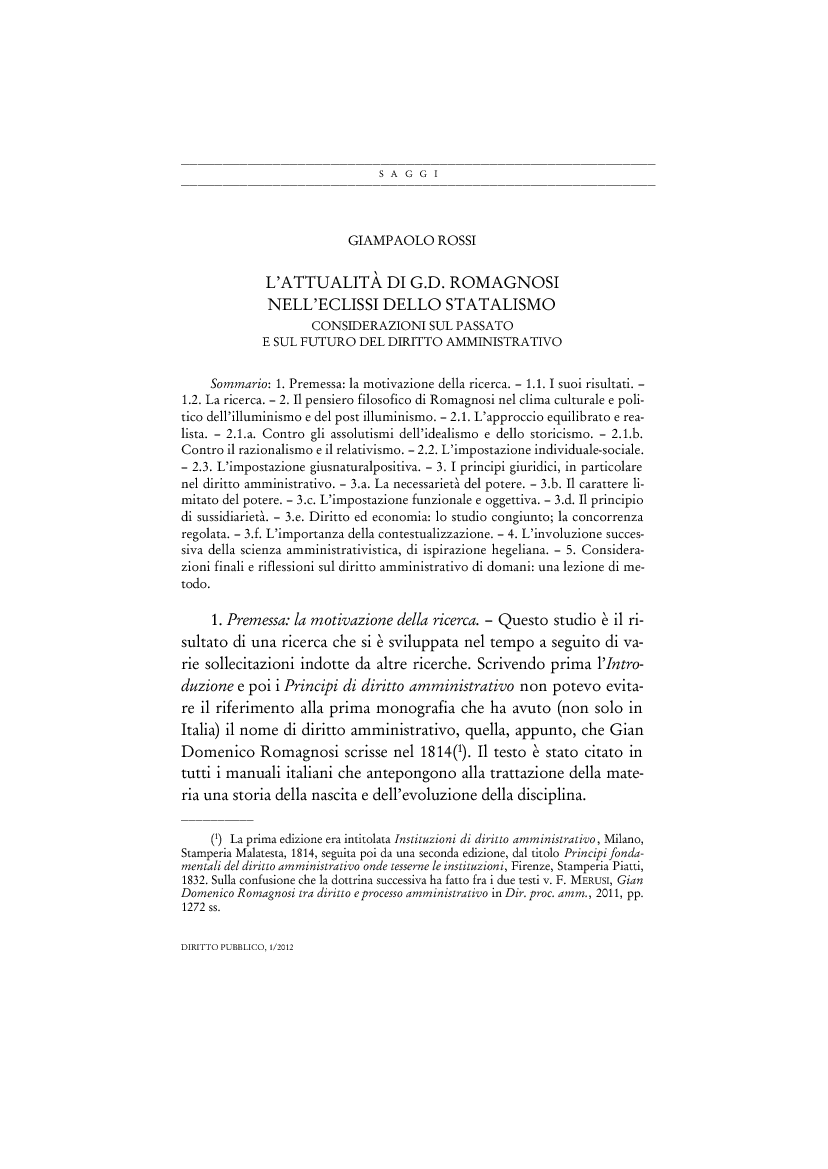