The work examines the evolution of basic rights in the course of the twentieth century in German constitutions. In that century the process of establishing the rights and freedoms of German-area citizens was particularly difficult: two world wars; the succession of nearly all modern forms of government (monarchy, socialist republic, Nazi dictatorship, dictatorship of the proletariat and liberal democratic republic); two grave defeats at the end of the two world wars, with the first followed by a destructive economic and political crisis, and the second by the military occupation of the entire German territory and by the division of Germany into two States, with vast territorial losses; and, finally, national reunification and the imposing of united Germany as the hegemonic State of the European Union. A tradition of Enlightenment-inspired and liberal reforms inherited from the previous century was grafted onto these traumatic events with mixed fortunes. The starting point for the analysis of the constitutional texts is the assumption that human rights are the product of the historical evolution of society, and not of a natural right of divine or rational origin. In the course of this evolution human rights are realized by passing from ethical or political aspirations to legal norms: only the latter actually guarantee the safeguarding of human rights by the courts in the event of their violation. In this process of the positivization of human rights their inclusion in constitutions is therefore fundamental, which constitutions are real historical documents, which is to say official certifications of this transformation. Therefore, this writing is focused on them. Each constitutional article, during the time it is in force, gives rise to jurisprudence of various level, as well as of various content. 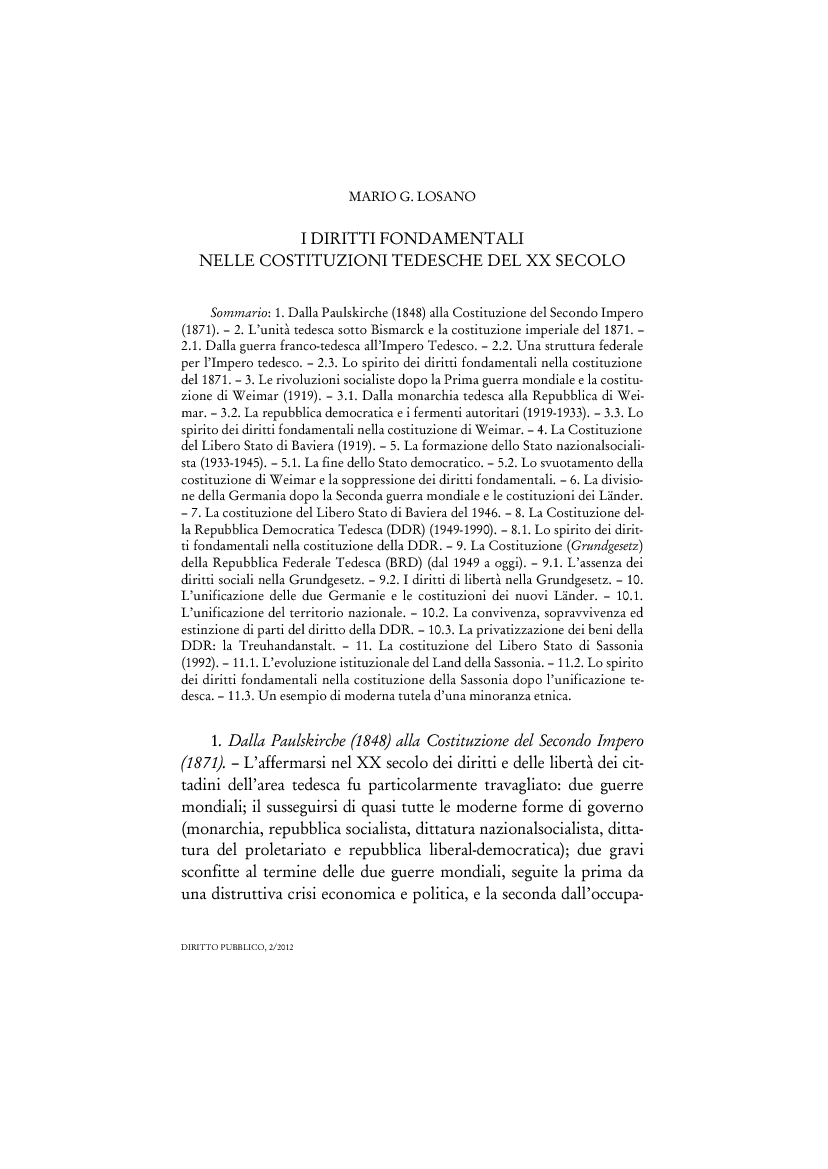