The system of jurisdiction applied to non-EU citizens in Italy with regard to the public administration is of particular interest because there are many possible channels which may apply, either with a civil law judge or an administrative law judge. The reasons that justify the competence of administrative jurisdiction are easy to understand, because they involve claims where the foreigner, as established by the classic parameters, has a legal interest. There are instead some problems, at least at first glance, with unifying the justifications of the cases of civil law jurisdiction in a manner characterized by administrative orders, which are usually discretionary, authoritative, and often also executive. Based on these premises, the author analyzes the system of jurisdiction applied to foreigners, focusing on three profiles. The first looks for the ratio (reason) behind the numerous cases of civil jurisdiction in this area, with a focus on analysis of the most recent constitutional and general case law. The second involves the decision-making powers that must be recognized to the civil judge in relation to administrative acts that affect the basic rights of foreigners. The third involves some cases that evidence the consequences that derive from the involvement of different judges in the protection of closely connected legal positions. In general, the analysis of the role of the two different jurisdictions in granting the rights of foreigners provides an opportunity to evaluate the effectiveness of the existing model of protection and to offer some views on the division between the jurisdictions in claims regarding basic rights. 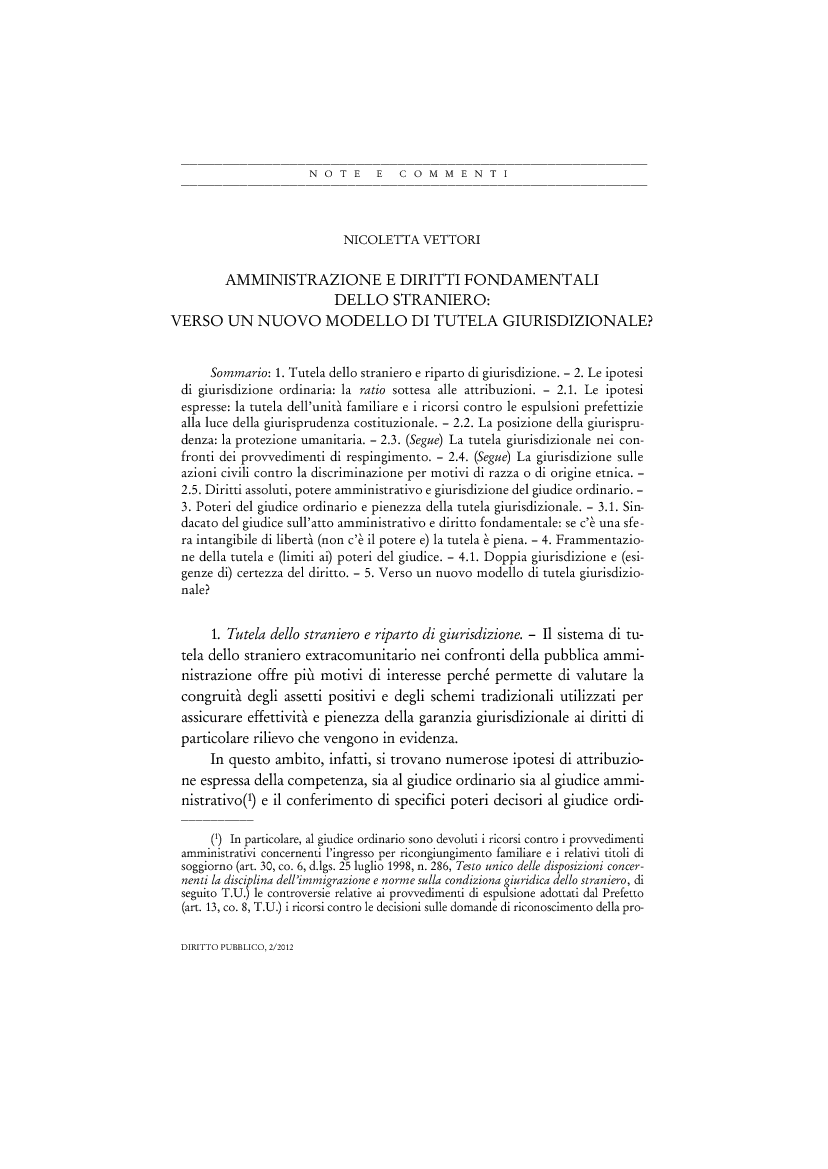