The work examines the role of the jurist in the present historic moment of the profound globalization of legal processes, mainly highlighting certain trends of actual fact, without, however, failing to also weigh the opinions about such facts, mindful of Epictetus' maxim that opinions about facts perturb men more than the facts themselves. The work nevertheless does not set out to provide an overall picture, bearing in mind that information available about the processes of globalization is imprecise and unreliable. Within this framework the work offers a "general hypothesis of a sociological type", namely that jurists change, and change methods, only in the event that the recognized sources of the systems in which they work have changed. As indirect proof of the thesis the work puts forward the matter of the cognitive and avowedly logical paradigm in the interpretative field of positivism of the nineteenth-century school. That model long held sway uncontested, or timidly contested, despite - it is banal to say so, but it must be said - the obvious theoretical weakness of such perspective. The showdown came only when the presumed omnipotence of the legislative organs was put into crisis in actual fact and a pervasive constitutional review of the laws solidly asserted itself, which are frequently struck down by the "Consulta" or Constitutional Court. On this basis the work then proceeds in search of a practicable role model for jurists who want to face up to the current historical situation. It will be seen what must change and what must remain unchanged. The work then poses the question of whether it is still possible to insist with the supposedly neutral models or, the noble dream of the past having died out, or if it is possible to think of bestriding legal fragmentation and disorder, accepting the idea that the language of jurists is manipulative. In any case, the role of the jurist cannot be fruit of a unilateral decision; it also depends on laymen, on non-jurists. Whether the law expert remains faithful to the improbable Enlightenment model or abandons this model with no explanation, he runs the risk of becoming an oddball who wanders about disconsolate in a world that he does not understand and that does not understand him. 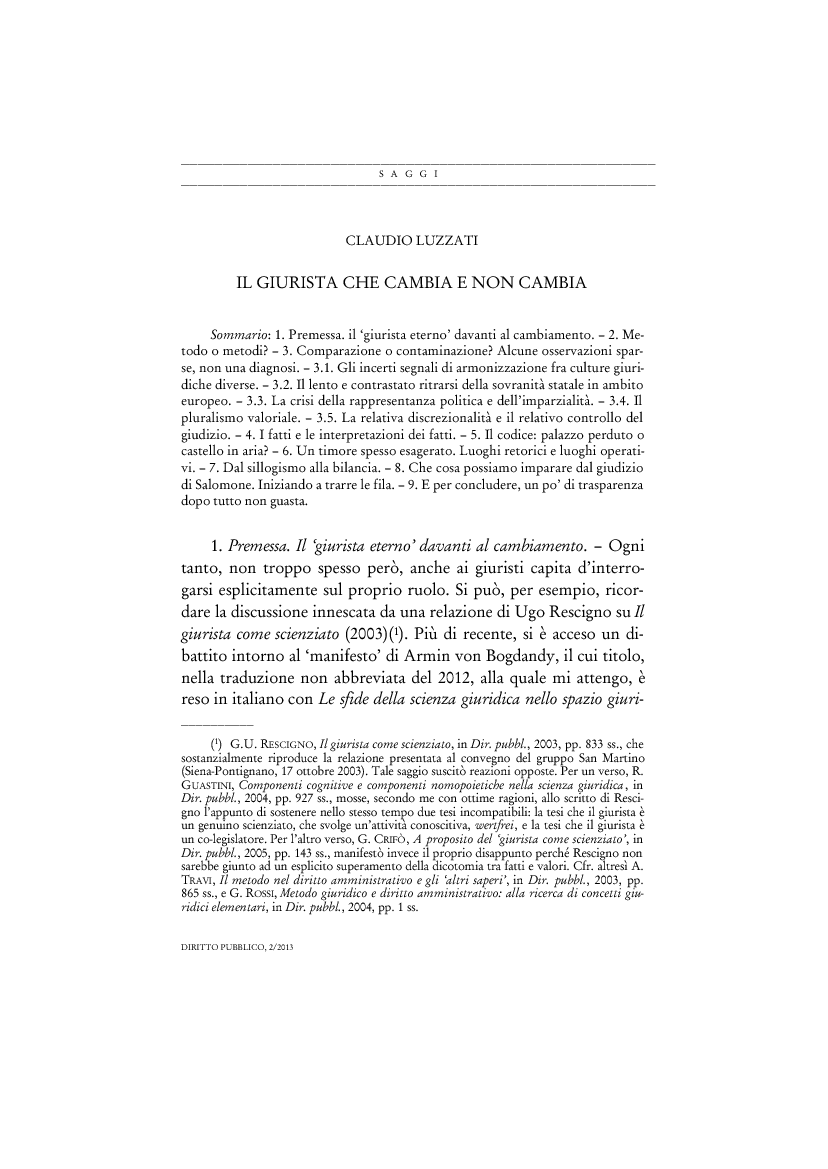