The work tackles the theme of the language of law: language, as a social institution, entertains multiple relations with law. Scholars of each have devoted particular attention to the analysis of legal language and to its characteristics and, naturally, to the functional aspect of the relationship, given that law, like the other 'sciences' or 'arts,' has need for language, written or spoken, to be able to manifest itself and, certainly, in order to be explained, studied and communicated. Naturally, the fact that law is (or has) a language does not mean just that the functioning of legal norms depends on the efficaciousness of the linguistic instruments employed but also that legal rules - laws and codes being, in the first place, logical machines - presuppose an exact use of language and therefore rules of grammar, syntax, etc., to the extent of even incorporating them, as is the case, for example, with Art. 12 of the preliminary provisions of the Civil Law Code containing general rules on interpretation. Starting from this premise, the work highlights the ideological assumptions of linguistic policies, particularly with regard to "international English", asserting the absolute value of differences, including linguistic, which permit the practise of scientific and philosophic research and debate to not fall by the wayside, instead growing richer every day with new terms and new concepts, and capable of avoiding the intellectual catastrophe of a world with a sole surviving language. 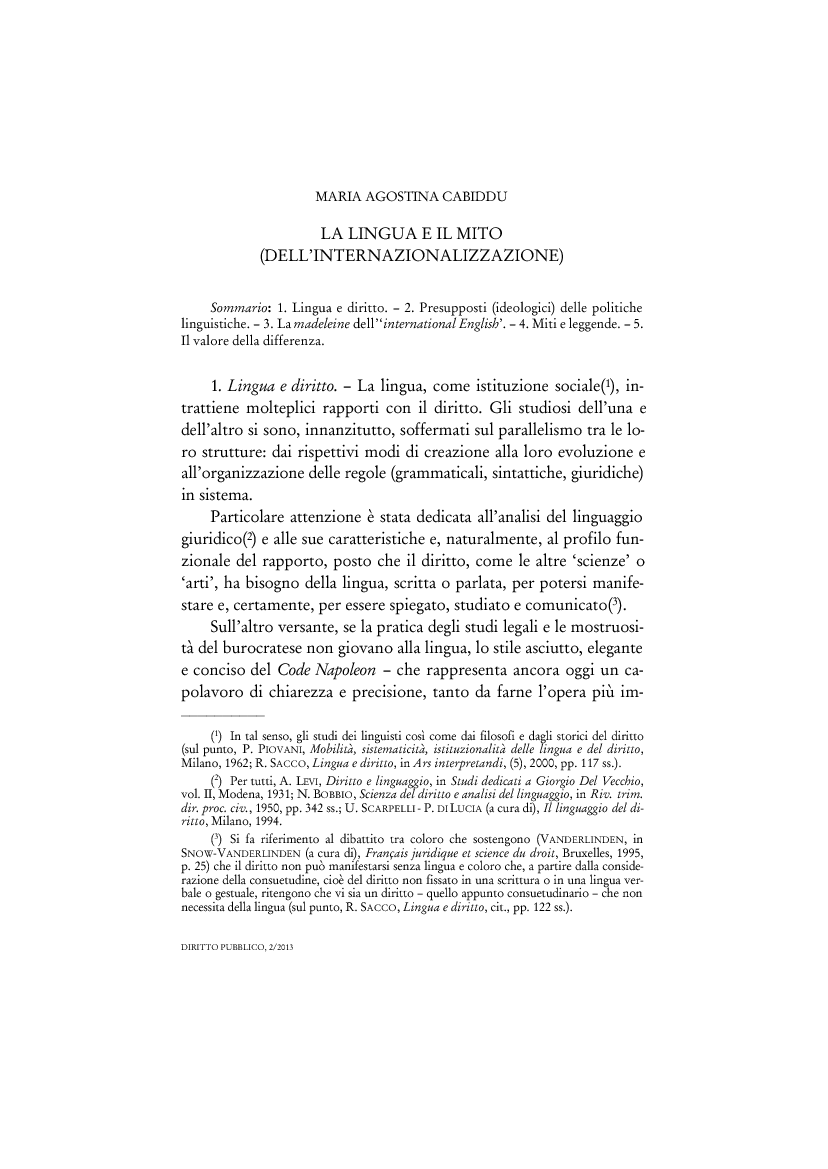