The recent reproposal of the category of non-reviewable political acts in the Administrative Trial Code, together with the novel features contained in Constitutional Court Pronouncement No. 81 of 2012, have given new relevance to the problem of the reviewability of the political act and of its distinct nature with respect to acts of high administration. After a brief survey of the principal theories concerning the political act and after having ascribed the latter to the activity of political direction by Government pursuant to Art. 95 of the Constitution, the author analyzes the innovative reach of Italian National Council Sentence No. 81 of 2012 and its possible applicative repercussions. The author then proceeds to explore critically recent ordinary and administrative jurisprudence aimed at further circumscribing the notion of political act to just international acts of Government and at admitting judicial review with regard to certain constitutional acts based on the need to guarantee the effectiveness of the relevant protection (Court of Cassation, Joint Civil Session, No 16305 of 28 June 2013). He further examines certain acts of uncertain status, where the doubt as to their political nature is the fruit, among other things, of an insufficient normative predetermination that assigns to the Government/administration a very wide power of discretion and gives rise to the risk that, at the time of judicial review, the administrative judge may act deferentially or else substitute his (or her) own assessments for those of the administration. Lastly, viewed in terms of the principle of the separation of powers understood as equilibrium/balancing, the author deals with the problematic relationship between the guarantee of effective protection and the safeguarding of administrative discretionary power and the political discretionary power of the Government. In this way, far from deeming the principle of effectiveness pursuant to articles 24 and 113 of the Constitution predominant in any case, as jurisprudence seems to do, he maintains that it is possible to balance in actual fact the latter against the need to guarantee the observance of the separation of powers, at least in its essential dimension. 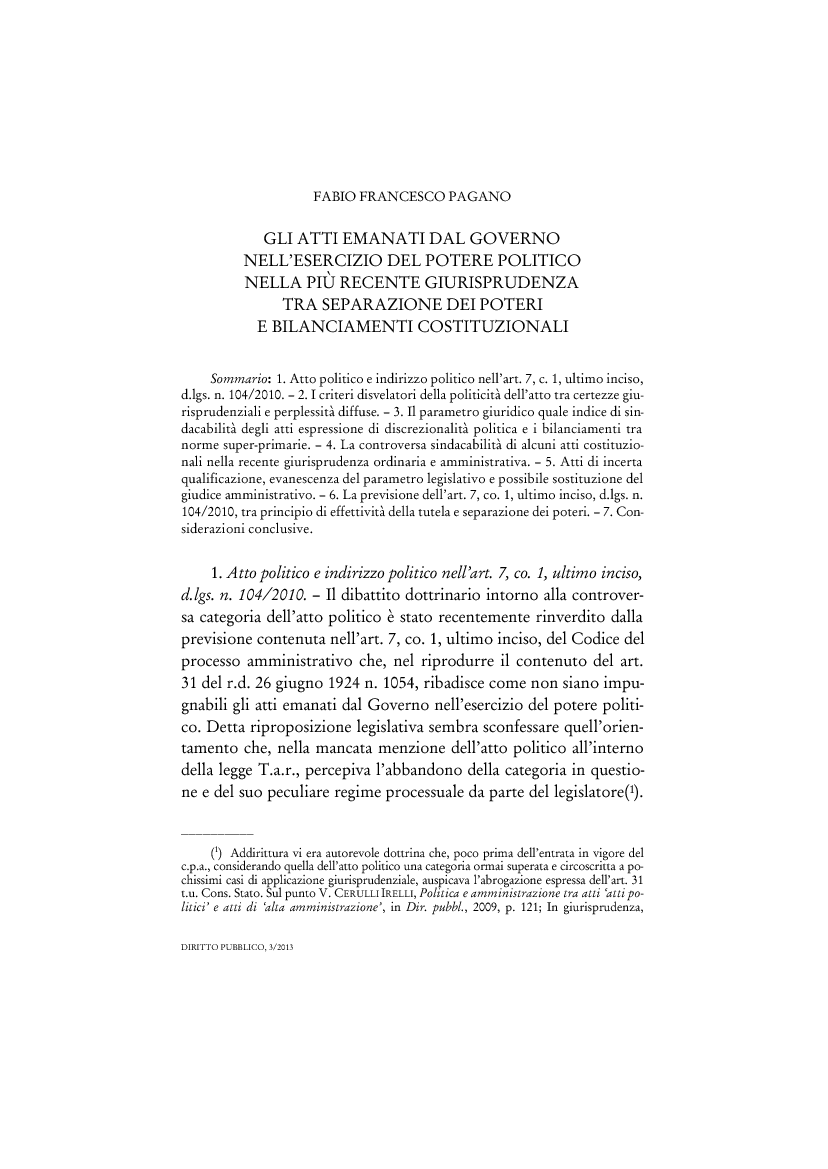