In 1997, the economic crisis of Southeast Asia was poorly cured by the monetarist prescriptions of the International Monetary Fund (IMF), producing very high social costs. Taking as the starting point the fact that the prescriptions of the IMF do not seem to have changed course, the work poses the question of whether the different weight attributed to constitutional and supranational safety nets of social rights in Europe is capable of leading to a different outcome in terms of the social costs of the crisis. What good, in other words, are the security institutions conceived in the Western European model, including with reference to fundamental social rights? Does the impression of impotence of judges before the dis mantling of social rights touched off - or at least dramatically accelerated - by the crisis perhaps confirm that only political institutions can effectively guarantee social rights? It would be necessary to add that the truly democratic nature of these institutions is the fundamental ingredient in order that social rights not be brutally sacrificed during economic crises. And what can the 'guarantor' and non-majority institutions such as the domestic, international and supranational courts do about all this? The basic thesis of the work is that the institutions of the Welfare State were conceived in a so-called 'Ford-style' socio-economic context, in reference to a given institutional model (the Nation State) and productive model ('Taylor-style big industry'); those political and social institutions no longer exist and it is impossible to imagine that their end might not cause a crisis in the Welfare State model that came into existence in the era of Henry Ford. The question of the transformation of welfare is ineluctable. The problem is not so much to halt change and go back to an ideal starting point, as the Luddite utopia attempted to do by destroying machinery in the middle of the Industrial Revolution. The course of change is irreversible: what instead can be done is to act with regard to the timeframe and manner of change. The work poses the question of which institutions may be able to play that role. 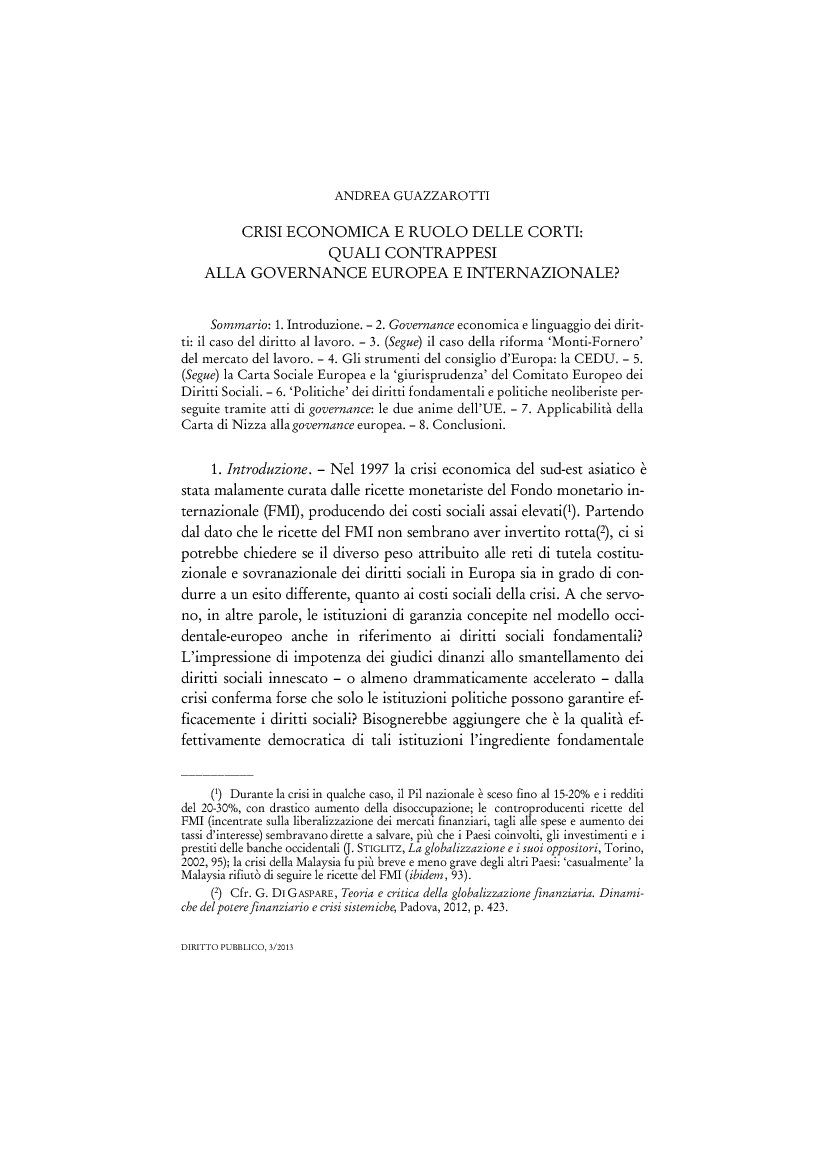