The contemporary constitutional State finds its anthropological-cultural premise in the recognition and protection of human dignity. It sums up in and of itself the fundamental values of the system and postulates itself as the source of general legitimation of any type of authority. In this sense, the dignity of the person is the 'Archimedean point' of the whole constitutional system of rights and powers. The recognition of human dignity as the priority value, preceding the State, and not dependent on it, was very much present in the proceedings of the Constituent Assembly. The supreme status of dignity in a pluralist constitutional system, in which it is impossible to establish a hierarchy among the fundamental rights, leads to the consequence that it is not susceptible to diminishment due to the effect of balancing, inasmuch as balance itself is the touchstone of all principles and all rights, in addition, naturally, to all forms of exercise of authority. The State can ask of citizens the sacrifice, or, at the very least, the concrete jeopardy of life when necessary to defend the Homeland (Art. 52, par. 1 of the Constitution) from aggression, the only hypothesis of war admissible pursuant to Art. 11 of the Constitution. It is never possible instead for the State to ask the sacrifice of dignity. It is in this sense that the third paragraph of the same Art. 52 of the Constitution must be interpreted: «The order of the armed forces is inspired by the democratic spirit of the Republic». This norm certainly does not abolish military hierarchy and discipline, but introduces the insuperable limit of respect for personal dignity, even if in the context of organizations marked by different degrees of limitation of freedom and equality: hospitals, armed forces, police forces, educational institutions. As can easily be observed, the context in which the restriction of freedom reaches the maximum degree allowed by the Constitution is prison. Owing to the principle that has been recalled, human dignity must remain inviolate even within the walls of prison. On the basis of this premise the author examines how the Italian Constitution implements such principles with reference to the sentence and its concrete expiation. 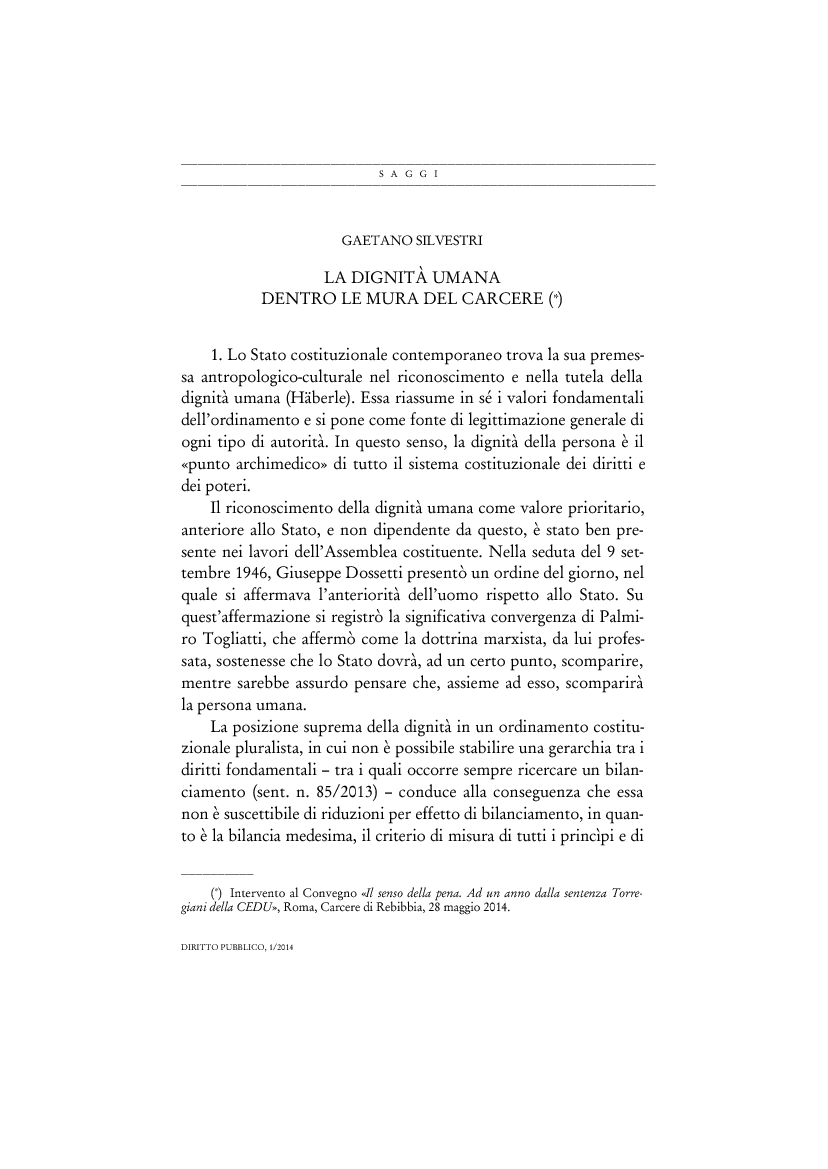