Recent demographic and sociological analyses demonstrate how the increase in the number of immigrants in Germany is accompanied not only by an increase in the level and in the quality of their integration in the society but also by a sentiment of growing hostility on the part of certain segments of the population. Looking back over the salient moments of the debate over the forms in which the integration of foreigners of non-EU origin has been pursued, the author highlights how the German model has been marked by the approval of a new federal law on citizenship (which came into force in 2000) inspired by the "ius soli" principle and by the recognition of a subjective right to the acquisition of citizenship where the conditions established by law are met. However, this model of integration has not precluded different and sometimes apparently antithetic approaches, such as those guided by the idea of 'dominant culture' or 'constitutional patriotism'. Both these approaches, nevertheless, if understood in a rigid sense, end up producing outcomes that, everything considered, are convergent in the sense of the stiffening of a prevailing model: for these reasons the author hopes that a procedural model will prevail, oriented toward compromise, as has occurred in some decisions of the Federal Constitutional Court. 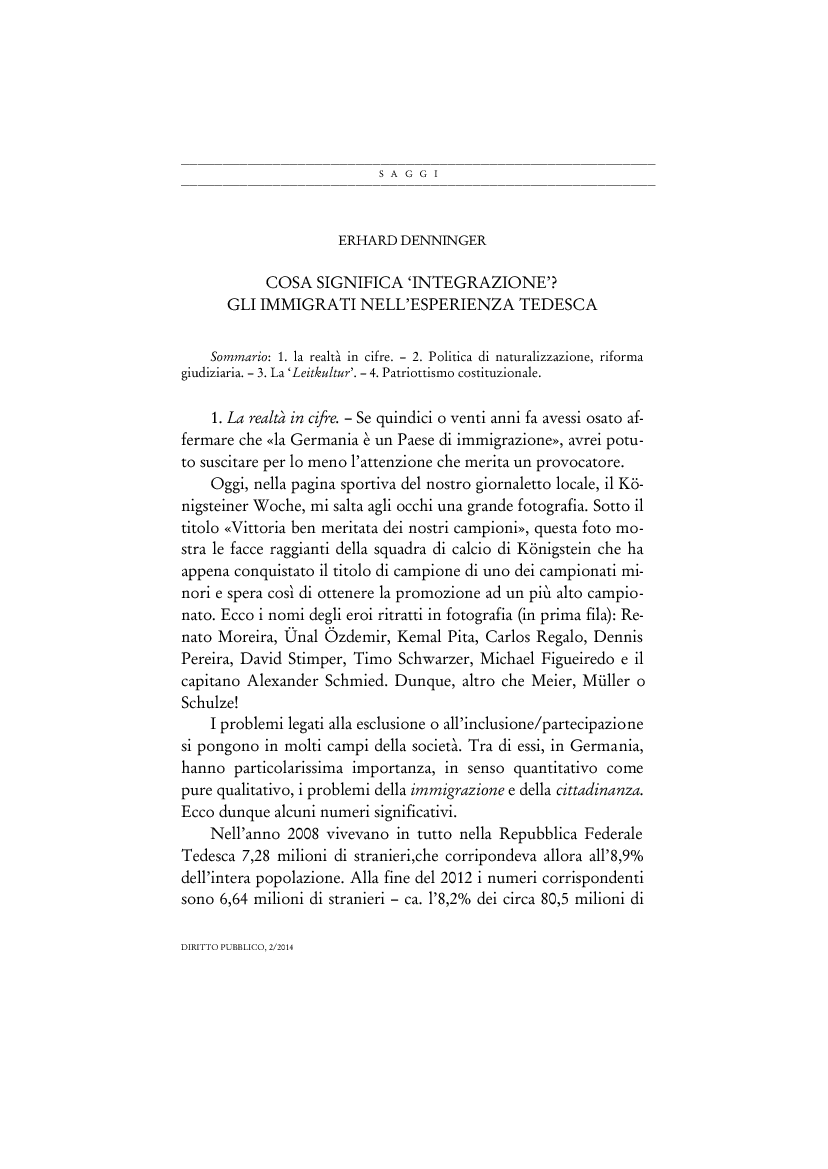