The effects of the ECtHR's rulings in Italian law has been deeply shaped in the last years by the transformations affecting the Strasbourg machinery. On the one hand, the Constitutional court has reinforced its overview on European precedents through a national version of the margin of appreciation doctrine, by which it revendicated a monopoly against both the European Court and the judiciary. On the other hand, the decisions adopted by the ECtHR have progressively abandoned their declarative effect arising from Art. 41 ECHR and actually show a relevant (though "sui generis") direct effect, since they require national authorities to adopt general measures in accordance with the duty stemming from Art. 46 ECHR. This confers to European precedents the capacity to be almost self-fulfilling in domestic law, as it occurred in several occasions. In order to counterbalance these effects, the Constitutional court has introduced the possibility for the judiciary to disregard internal law incompatible with European precedents only insofar as this is necessary to abide by a precise obligation regarding cases for which the Strasbourg Court found a violation. If not so, the judiciary is not entitled to disregard domestic law, since the boundaries of such a duty of compliance with the ECHR have to be traced exclusively by the Constitutional court. This 'double- track' procedure is deemed to be highly innovative, since it introduces a form of review which strengthens compliance with European precedents while not threatening the paramountcy of constitutional adjudication. 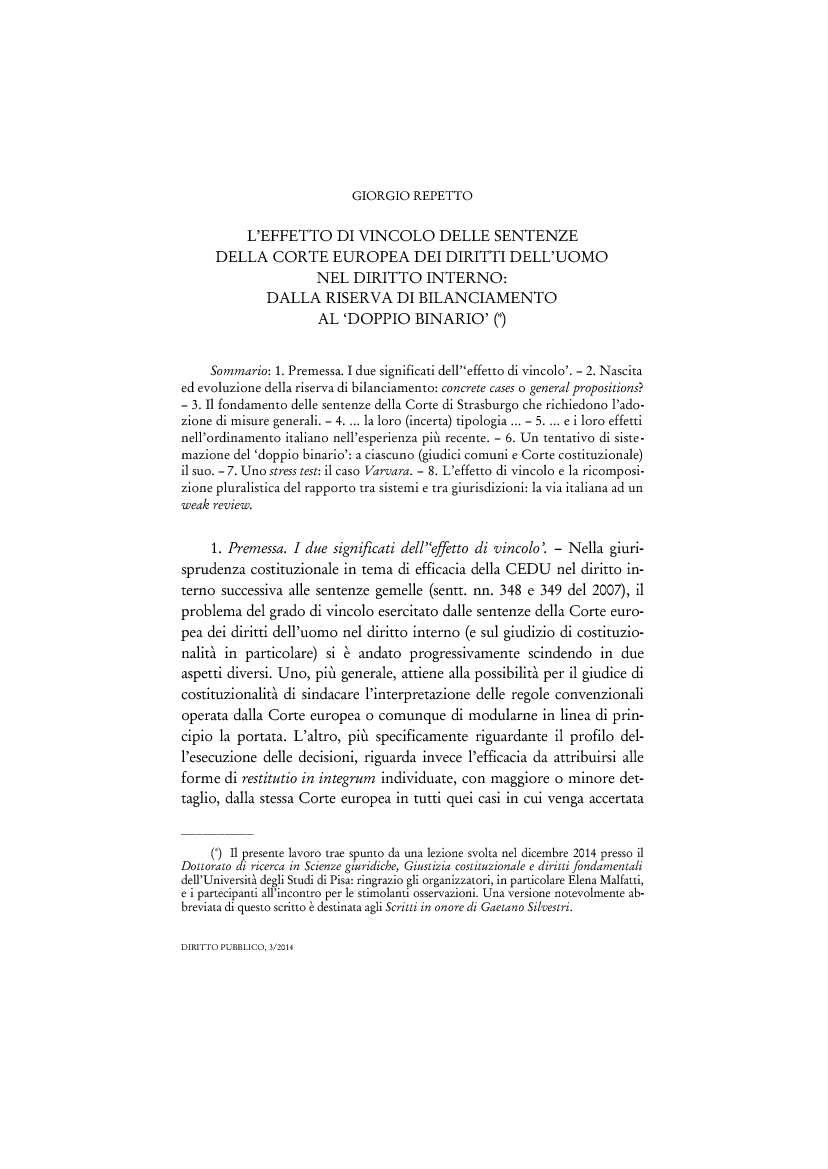