The work concentrates on the organizational aspects that regard technical bodies, understood as those organizational figures of which a public administration avails itself on an on-going basis for the execution of activities of a technoevalutative type. The analysis is developed in two parts: in the first an overview is performed of the principal lines of development of technical bodies, highlighting the possible critical points thereof. In particular, making reference to the degree of instrumentality of the technical body with respect to a 'principal' administrative apparatus, three different models are identified, based on whether the technical bodies are within the administrative apparatuses, without such apparatuses but instrumental to them, or wholly independent of them. In the second part attention is concentrated on the principles that inform the organization of such structures, with particular attention to the role that belongs to public subjects in the matter, and to the (consequent) relationship between politics, administration and technique. 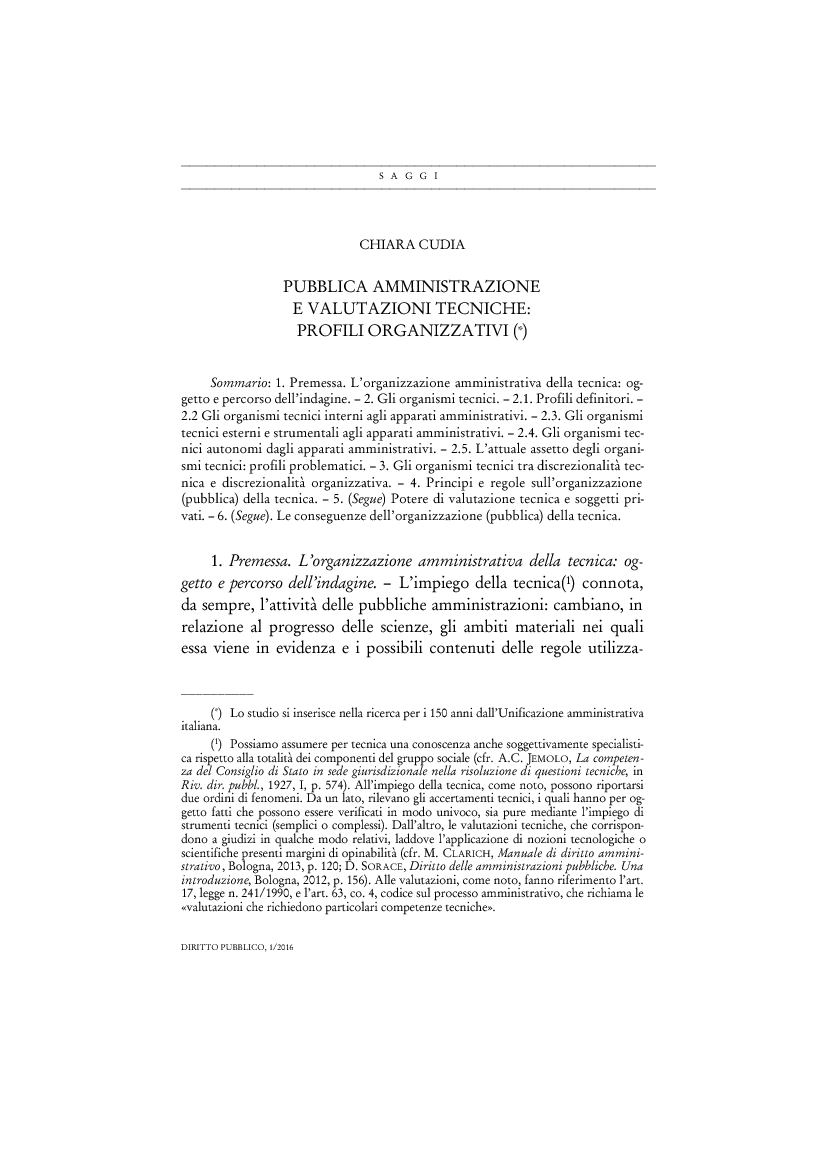