The article analyses the setup that the Bank of Italy presents following the structural modification brought about by the Law Decree No. 133 of 2013, converted into the Act of Parliament No. 5 of 2014, raising the question of its compatibility with the system of institutional governance of the Eurozone and, in particular, with the unified banking supervision under the ECB instituted by the Single Supervisory Mechanism (SSM), as per Art. 6 of EU Regulation 1024/2013 of 15 October 2013. To this end, the author retraces the principal stages of the evolution of the institution. He goes back to the genesis of the peculiar associative legal configuration of the Bank of Italy, formalized in the banking law of 1936 and in the Bank's charter, approved with Royal Decree No. 1067 of 1936, to demonstrate how the reason underlying the preservation of the private internal organization had the purpose of removing the Bank of Italy from the totalitarian control of the political orientation of the Government over monetary policy. He goes on to examine the provisions of Art. 19 of the Act of Parliament No. 262 of 2005 with which, following the transfer of monetary policy functions to the ECB, it was attempted to oust the private partners from the corporate capital to guarantee the conditions for the exercise of the function of supervision over the national banks, in a position of unquestionable independence. Finally, he illustrates the changes introduced by the Law by Decree No. 133 of 23 December 2013, bringing out the many critical points that exist in the current setup of the Bank of Italy that could compromise the exercise of the powers granted it, such as supervisory authority over banking activities and the authority to resolve bank crises. 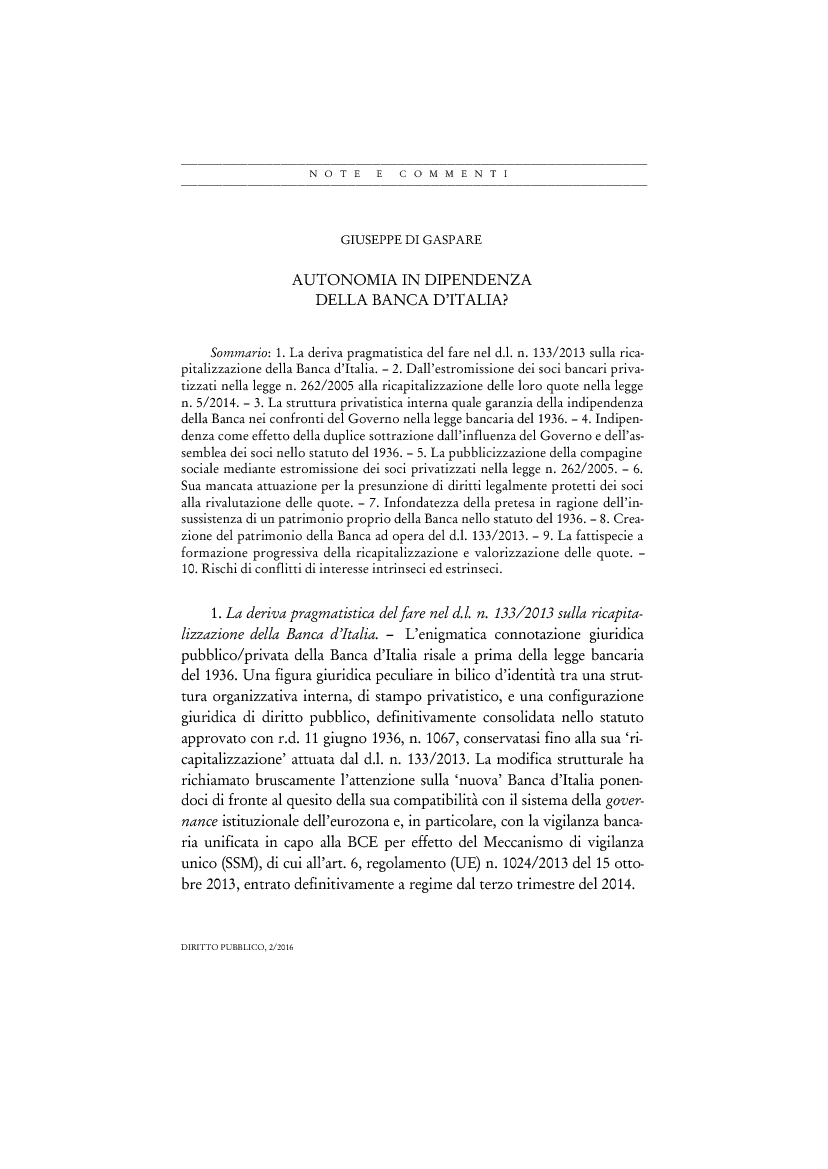