The essay has as its object the study of the complex phenomenon called "juridification", in order to analyse trends regarding the processes of absorption in the legal system (State) of elements, facts and phenomena that previously had been excluded therefrom. The study starts from reflections that the legal culture of English- speaking counties devotes to the concept of juridification, which has more thoroughly analysed the historical-political processes thereof, often setting out from analyses of an empirical nature. Moreover, the absorption of elements of fact, needs, interests, uses, habits and customs in the legal system, and especially the comparison between the structure and contents of the law of a certain political community with the legal culture of that same community provide very important instruments for the classification of the features proper to a given system, with reference to its degree of democraticness, to its qualification in relation to the common feeling of the associates and, consequently, to the degree of effectiveness that characterizes it. In addition, it makes more visible the processes of synthesis between elements coming from different political systems in any hypothesis of similarities or differences between different experiences, revealing mergers, syntheses and incorporations, just as hypotheses of real colonization, legal domination, of one system over the other. The categories and the methodical approach inspired by the phenomenon of juridification also appear to be instruments useful for the purpose of investigating the processes of mutual conditioning between the private law system of the legal relationships and the contents of public law; some among the most important elements of national legal culture and national cultural identity, as well as the very predicability of public ethics as bearer of meaning with regard to interrelationships between popular culture emerging from society and the legal phenomenon characterizing a given political community. Lastly, the essay ends with the rapid testing of the hypothesis of applying these methodologies for the purpose of singling out the dystonic elements characterizing the synthesis of the different legal cultures in the process of European integration. 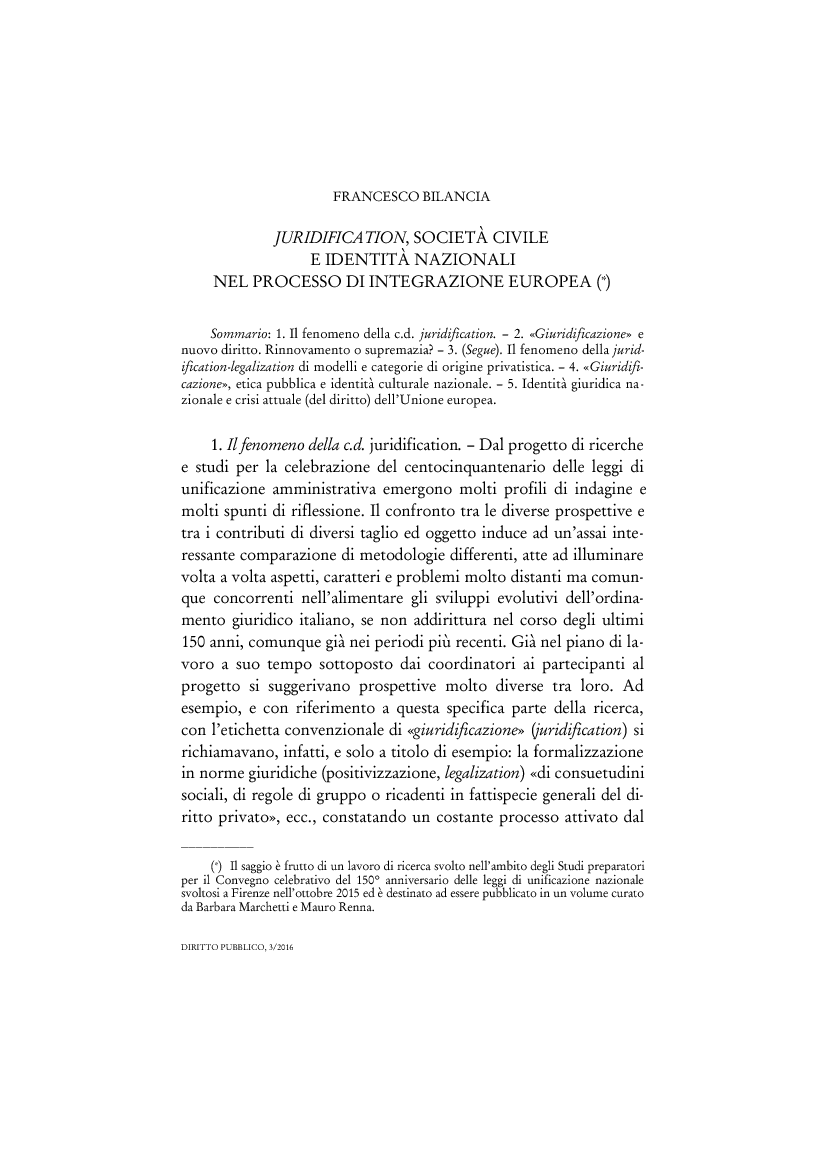