In Italy, the fundamentals of the influence of private interests on public decisions may be detected right after the unification, in the late 19th and the early 20th Century. At that time, personal participation in political life was the most immediate channel through which private interests influenced public decisions. Therefore, the purpose of the introduction of incompatibility between political functions and business and its content are a touchstone for describing the relation between private interests and public decisions, at the time. Using the example of one of the most prominent entrepreneur, Giuseppe Colombo (who had several relevant political offices, while managing the Società Edison, probably the most important Italian energy company), and the parliamentary debates concerning the laws on political incompatibility and ineligibility, the essay illustrates that private interests were not debarred from Parliament. On the contrary, political offices were open to businessmen (and their interests), because their expertise was considered pivotal to take better decisions. 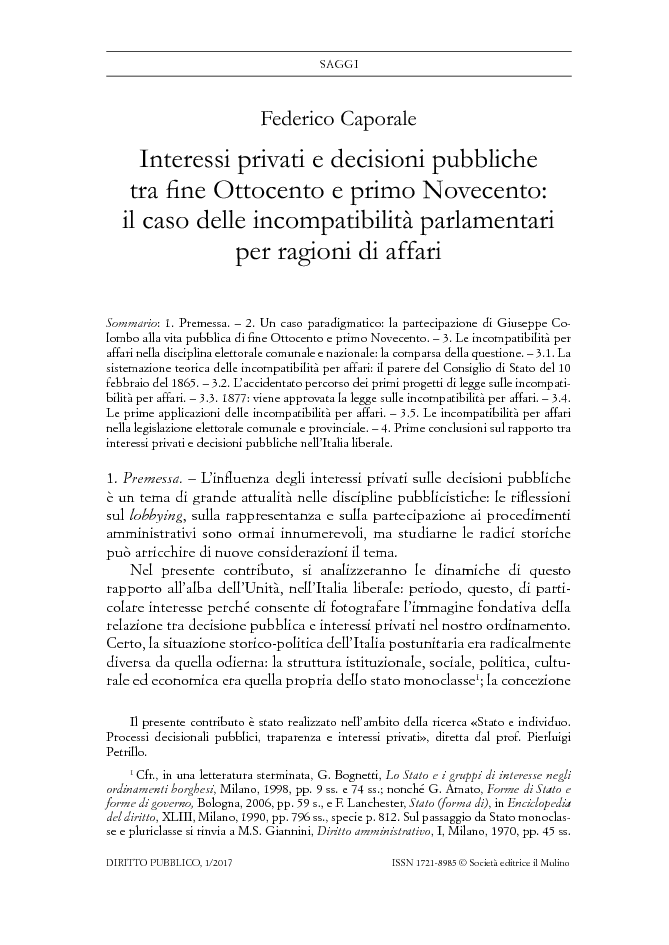