This essay analyses the works of two famous authors, Edmund Burke and Thomas Paine, who, based on two completely different views, described the French revolution and its deep meaning, each according to his own values and following his own idea of legal system. The points of view of the two authors are considered archetypes of two different concepts of Constitution, the ancient one and the revolutionary one. The first, derived from ancient thesmos and Latin mixed government, with its ideals of moderation and stability (medietas and firmitudo), finds its modern embodiment in the British Constitution. On the contrary, the second signals a break with the past and can be reconducted to the Constitutions of the XVIII century. My work analyses how the revolutions, especially the French one, are not exclusively political events but first and foremost the phenomenological manifestation of a different view of the world, of how things are and how they should be. 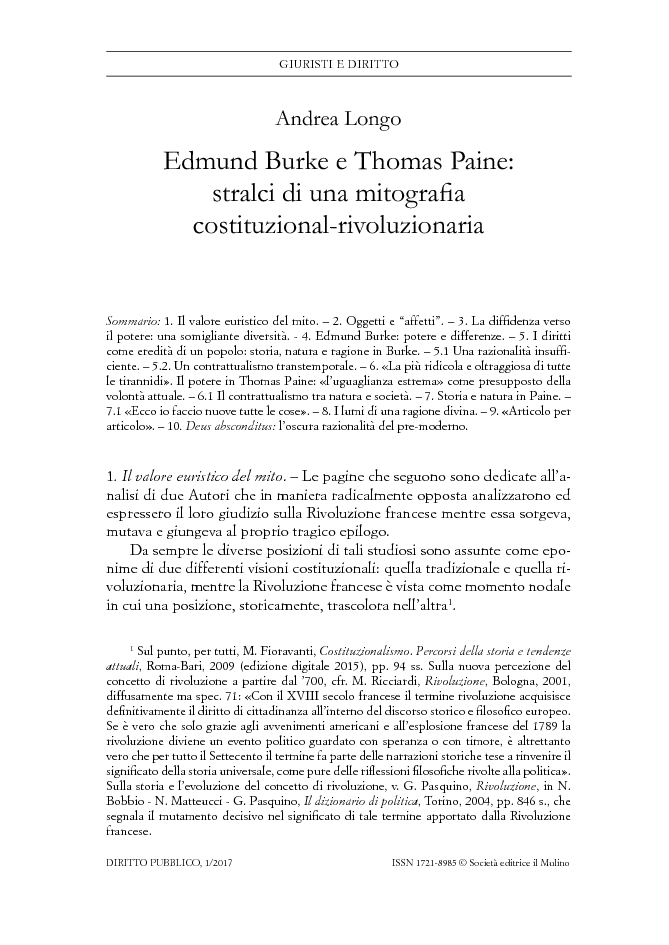