This work focuses on the the comparison between the way in which, with specific regard to the crime of "corruzione propria" (art. 319 italian penal code), criminal courts currently use some categories originally belonging to administrative law, with the meaning that these notions found in current administrative law. Precisely, the paper analyzes the notion of administrative act, the contrast between such an act and all the duties of the office, the impact that discretionary power may assume in the criminal hypotesis of "corruzione propria". Considering all those aspects, the Author underlines how criminal judges easily try to extend the incriminating scope of art. 319 c.p. However, this tendency risks to clash with the principle of legality and with the behavioral patterns canonized by penal code. In this tension between categories and needs, the suggested solution is based, once again, on the principle of legality, considered as the principle which cuts across all sectors of the entire legal system. Moving from a conception of rule of law that is inspired by italian Constitution, even when it deals with public administration and administrative power, the Author suggests a different idea of conformity (and contrast) between administrative act and the officer duties. Such a intepretation may solve some problematic issues of "corruzione propria" and, at the same time, tries to clarify some aspects of administrative legality and its justiciability. 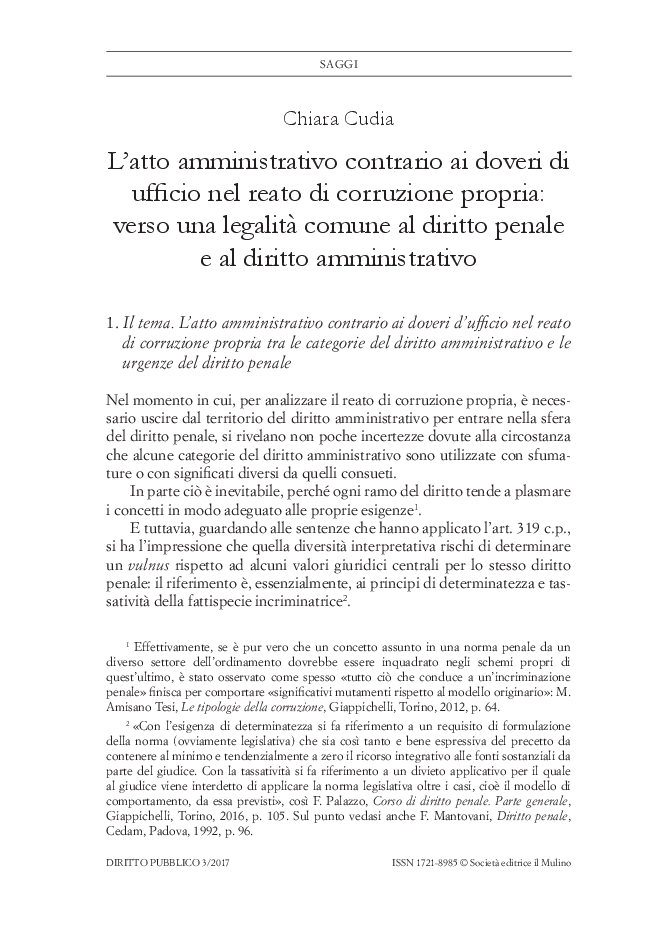