The essay takes its cue from the conflicts of attribution raised by four Deputies against the Executive, for the failure to present the bill authorizing the ratification of the Memorandum of Understanding with Libya, which concerns the fight against "illegal" migration and security of borders. The conflicts before the Constitutional Court are the occasion, on the one hand, to review the legislative initiative for the ratification of international treaties, which cannot be considered reserved to the Cabinet (especially for executive agreements falling under Article 80 of the Constitution) and, on the other hand, to highlight that, in the context of migration policies and control of external borders, the European Union and some Member States now favour an externalization strategy, which constitutes a mere palliative to the inadequacies of the Dublin system. 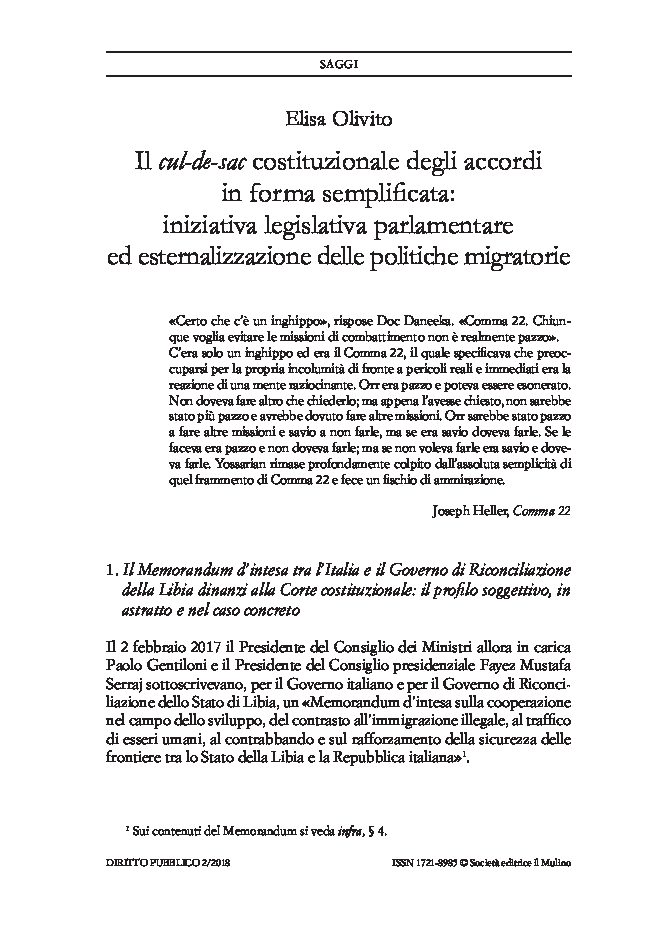