In the 60's, the Warren Court takes the Equal Protection Clause as a paramount to evaluate if stands a violation of the right to an effective vote, after the redistricting operations managed by a single party. The judicial branch is clearly involved in highly politically - oriented issues, but, notwithstanding a conspicuous number of decisions concerning malapportionment and racial gerrymandering, there isn't yet any judicial statement that indicates a manageable standard to fix what partisan gerrymandering is. This mechanism is perceived by public opinion as a serious danger for democratic elections. During the 2017 - 2018 term, the Supreme Court had the chance to decide on cases regarding both forms of gerrymandering, but sent them all to lower courts for a further definition. Midterm elections will take place next November and groups of voters, left without any political remedy to the breach of their constitutional right, are trying to use the instruments laws give them to obtain a more transparent and fair process of redistricting. 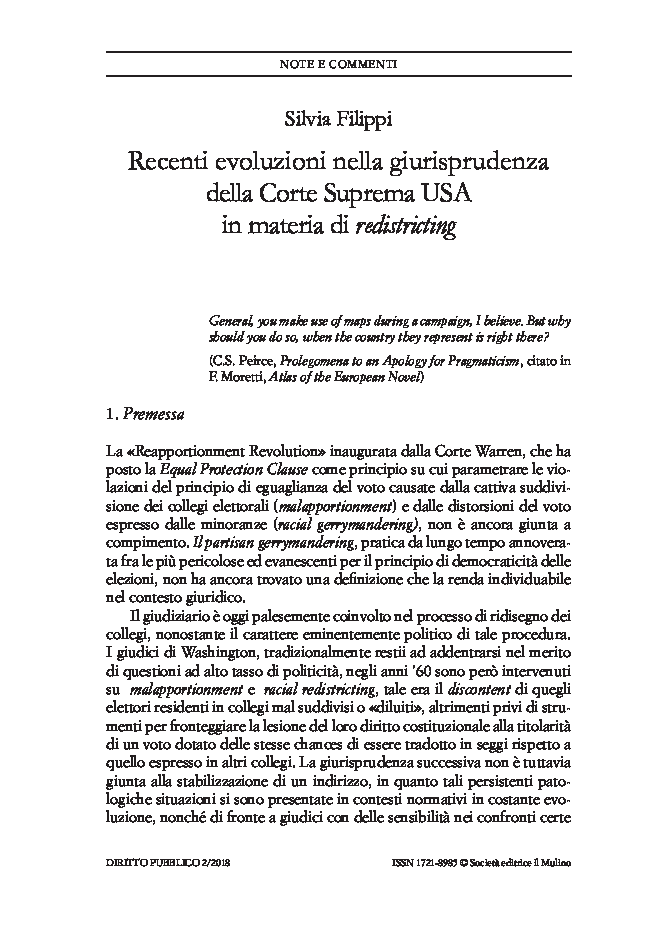