The "Ordinamento giuridico" proposes a reconstruction attentive to the complexity of the juridical phenomenon and its irreducibility to a unitary system. Santi Romano thus demonstrates attention above all to the phenomenon of specialties and differentiations, which cannot be accepted by the jurist in passive terms, as in certain voluntarist approach: it is immanent in law, but always urges research of a justification consistent in the law. At the same time the overcoming of a unitary approach allowed Santi Romano to recover to the right sectors that ended up otherwise then remaining at the margin, as is found in particular for the c.d. internal law, in turn, the origin of intense debates and important developments throughout the subsequent doctrine. The horizon of the "Ordinamento giuridico" is always the right. Searching for a foundation in other areas, such as the sociological one, loses sight of the value and significance of the Santi Romano's research. 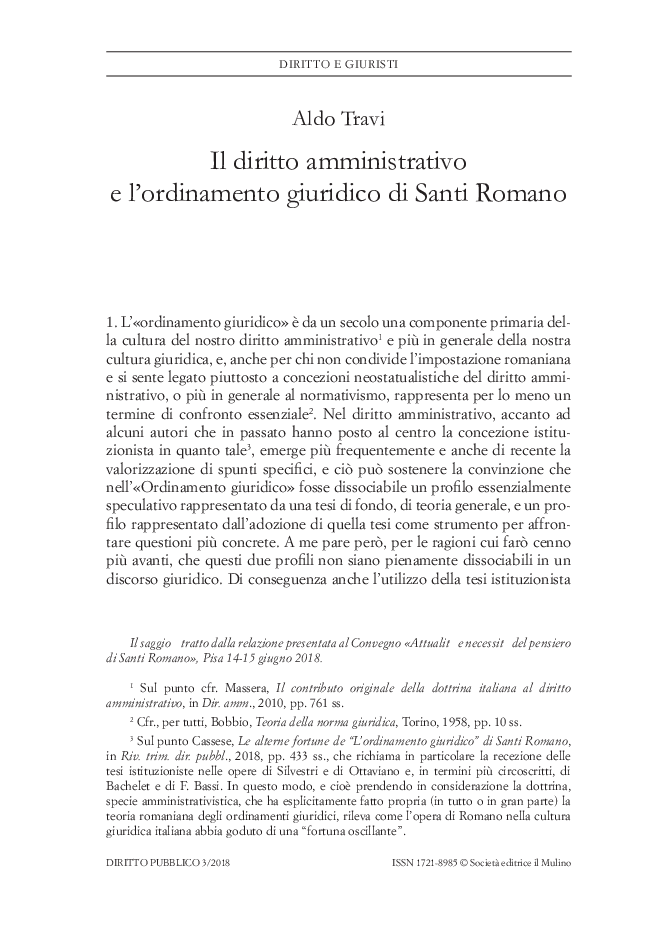