The article reviews the administrative judicial decisions in antitrust matters, with the aim of going beyond the judicial review as “declaredµ or “definedµ and checking whether the notion of so-called technical discretion – assuming it can still be considered useful – justifies a different type of judicial review; or if, on the contrary, it poses a “fake problemµ, thus questioning its autonomy from the notion of administrative discretion. In particular, regarding the activity of the Antitrust Authority, the problem is linked to the fact that it has developed action modules through which, in addition to the function of repression of competitive abuses, it tries to encourage the development of competition by acting dynamically on the market (for example, with decisions negotiated through commitments or even through advocacy functions). It seems helpful, in order to verify the effective and concrete judicial review, to first distinguish the “typeµ of power exercised by the authority; and, in a second step, to consider two elements that should remain distinct: on the one hand, the facts that integrate the anti-competitive legal cases and, on the other, the technical-economic assumptions of the administrative provision (such as the identification of the “relevant marketµ), for which an “appreciationµ is likely to be required. It is therefore necessary to attest the effects of this distinction on the judicial level, always taking into account the need to guarantee justice: therefore, a non-epidermal and substantial analysis, based on precise and defined criteria, appears indispensable. 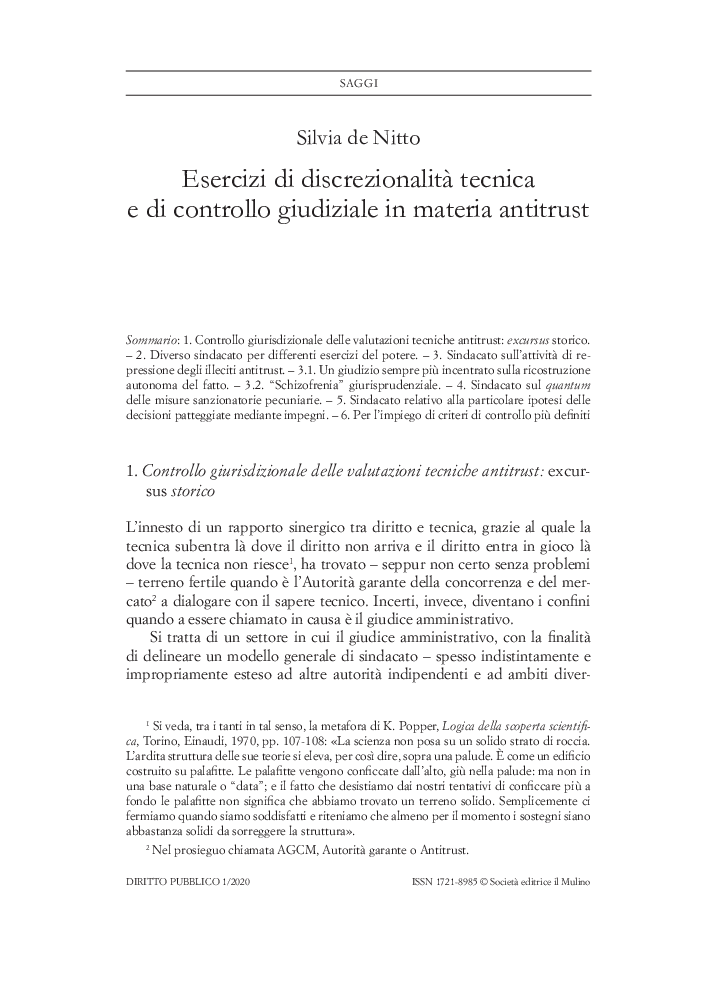