This paper ends the thematic route – undertaken in the first part of the work – aimed at investigating both the role and the operational function pursued by the principle of proportionality (and, more generally, by the other related principles of administrative law), in relation to the exercise of public powers (in particular, the power of urban planning). Once the traditional approach, which encompassed the principles of acting as authority (including the principle of proportionality) within the rules of action intended to guarantee the public interest (a model that can no longer be deemed in line with our modern legal order that ascribes a prominent role to the Constitution and adopts ordinary law as its conceptual paradigm of reference) has been overcome, it seems necessary to rethink the role of these general principles as well as the protection ensured to them. From this point of view, by encompassing the rules of principle within the category of the so-called rules of conduct, which can be compared to the general clauses under ordinary law in terms of structure and application, it was possible to leave behind the traditional model, which used to ascribe a prominent role to the action for annulment and, in order to value the dichotomy between rules of legality and rules of conduct enshrined in private law, to recognise a new leading role to the condemnatory action for the fulfilment of the duties of conduct arising from the rules of principle. 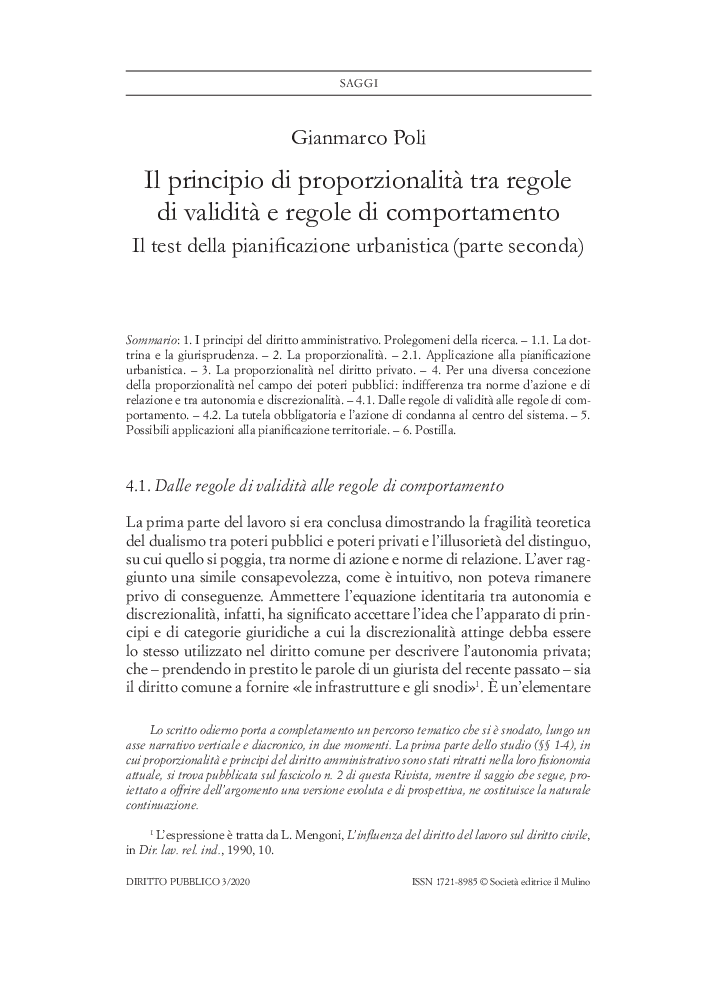