Is the constitution, a written normative text, a typical product of the Age of Revolution at the end of the Eighteenth Century, or did it also exist in another form in the societies of the Ancien Régime? This essay takes this question as its starting point and an answer that follows an unprecedented route that places the history of the constitution within the Longue Durée. The basic idea is that not only did the constitution exist under the so-called «absolute monarchy», but it was a written constitution. The novelty introduced in public law and institutional organisation by the French Revolution was not so much the writing itself but the nature of the writing, i.e. the aim was to pass from normative texts scattered throughout the political case law of the ancient sovereign courts of justice called parlements to the use of short texts divided into articles that were , transparent and verifiable both from the point of view of their meaning as well astheir concrete effects. Therefore, the most authentic meaning of the Revolution lay not in the proclamation of the ideal and formal values of liberty, equality and fraternity, but rather in the elimination of the patriarchal intermediary role of the courts and political lawyers, and the assertion of the new value of responsibility in the exercise of public office. 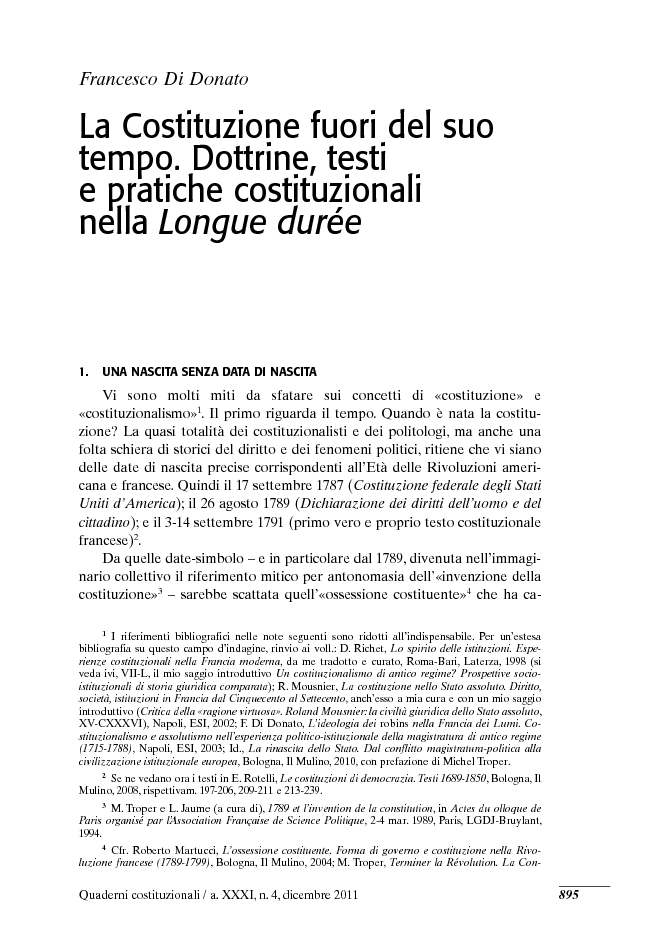