Keywords: President of the Republic, Italian form of government.

The «topological space» of the Italian parliamentary form of government is defined by a triangular relation between the President of the Republic, the government and the parliament. This space can be deformed without cutting and gluing, despite the fact that the relationship between the three organs is constantly altered by the varying political contingencies. The presidency of Giorgio Napolitano, who was in office under extremely difficult conditions, developed new and original practices, but it does not seem to have discontinued the triangular topology of the Italian form of government. Acknowledging the important and positive achievements that Napolitano has produced, the present article points at some problematic aspects in the communication of the presidency: by privileging words over formal acts, Napolitano seems to have adapted his mandate to what could be defined a «Republic of advertising and announcements». 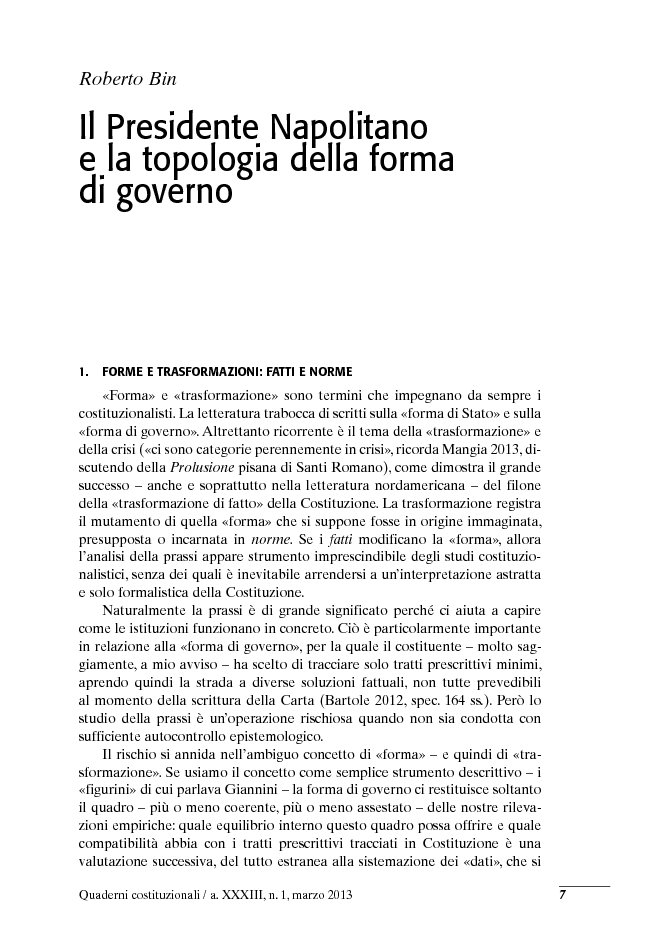