This article analyses the role of credit rating agencies and their relationship with Constitutions during the global financial crisis. Credit rating agencies play an important role in the debt market, as their credit ratings are used by investors, borrowers, issuers and governments in order to make informed investment and financing decisions. During the recent financial and economic crisis, rating agencies and, above all, the «three big sisters» (Moody's, Standard & Poor's and Fitch) that control around 95% of the global ratings market, are considered to have failed to signal early enough the worsening conditions of the market and to adjust their credit ratings following the deepening of the crisis (see Regulation (EU) n. 1060/2009). In particular, the paper examines the sovereign credit ratings, that is the credit ratings where the entity rated - the issuer of the debt or financial obligation - is a State, a regional or local authority of a State, or an international organization created by the State. Sovereign credit ratings show deficiencies and potential conflicts with various basic notions of constitutional law (such as State's sovereignty and fundamental rights protection). The publication of sovereign ratings deeply affects the credibility of States, but the rating agencies remain completely unaccountable, even if their ratings have often proven to be inaccurate. Constitutionalism, which is configured as a limit to the exercise of political power, cannot ignore these new forms of influence, aggravated by today's economic crisis - forms of power that cannot longer be qualified as simply «political», but that have also become «economic» and «financial». In this regard, the aim of this article is to advocate that there cannot be power without responsibility, and that this principle should also apply to some of the most powerful actors in the age of globalization, like credit rating agencies. 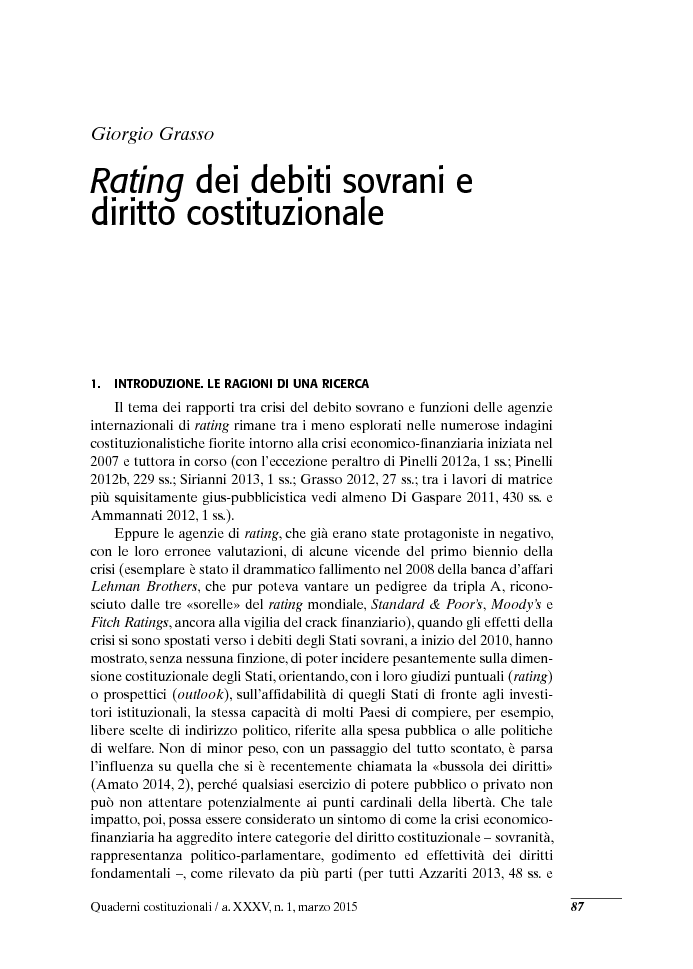