The new Italian electoral law - so-called "Italicum", which provides for a majority bonus to be assigned to the most voted list, and the plan for Constitutional reform currently under discussion, which tries to overcome the anomalous form of Italian bicameralism, do not produce a direct impact on the Form of Government, but can activate important political and constitutional dynamics of change. Since the Italian Constitutional Assembly did not establish a rigid model, these dynamics can now bring to a sort of «Parliamentary Government of the Prime Minister», one of the most updated «variations » of the parliamentary Form of Government, without any formal infringement of the Constitutional text. 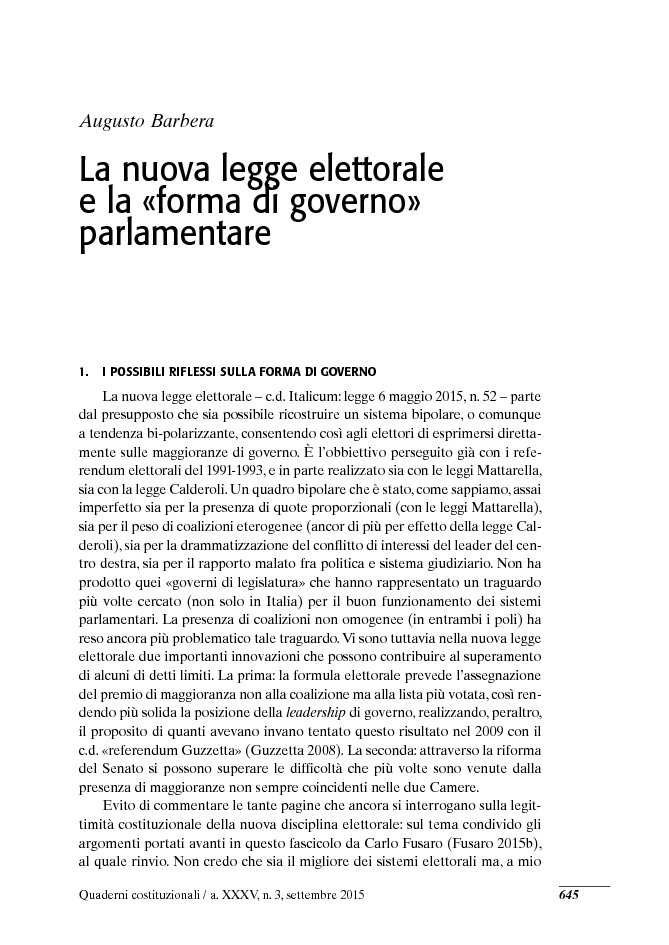