The main claim of the paper is that the issue of the Supremacy of EU law should be reconsidered in the light of the principle of the «best possible» protection. The said principle, a real cornerstone in the debate related to the interaction between interconnected legal orders, has two main bases. The first one is structural, and it has to do with the nature of the legal provisions in question; the second one is value based, and it is finalized to achieve the best possible result with regard to the protection of the constitutional values at stake. The paper goes on by pointing out that the rule of supremacy should find its expression not according to a formalistic, positivist approach, but, rather, according to a cultural one, in which the integration among all the Bills of rights involved is the main criteria. Consequently the paper argues that the best way to enforce the principle of supremacy is to deny its existence, by instead considering all the charters relevant in the assessment. From an institutional point of view, in order to achieve a satisfying balance among Courts, the paper proposes a mechanism according to which rulings adopted by different courts are functionally connected, in order to have a federal based system of protection of rights. On the one hand certain rulings could focus on the elaboration of general principles, on the other hand, others decision could instead identify the specific rules to be applied in individual cases. 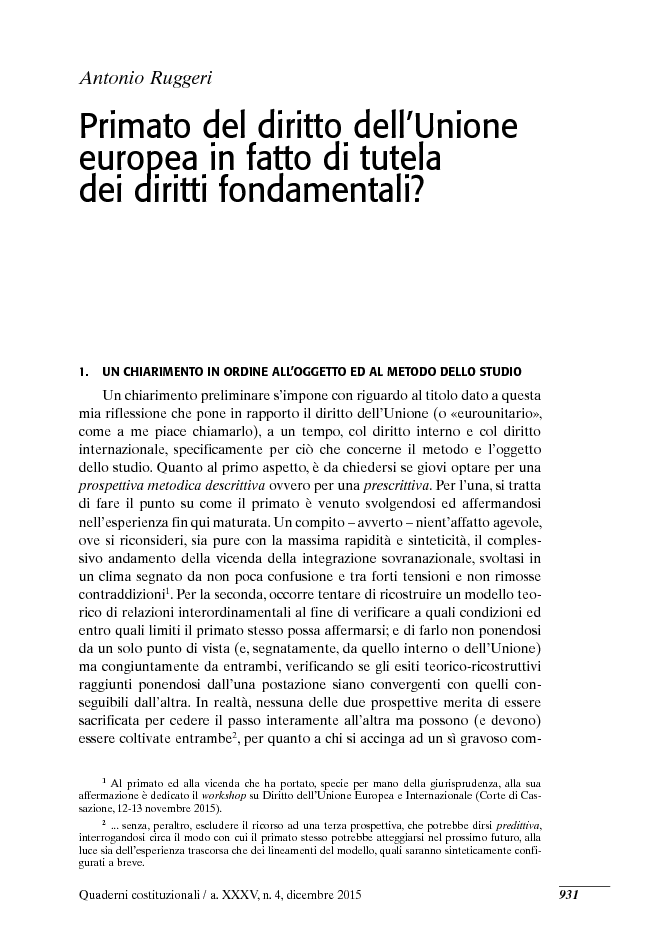