The Italian legislator is called to intervene once more on the electoral law. The referendum of December 4 2016 rejected the recently proposed constitutional reform that aimed, among other things, to eliminate the direct election of the Senate, while decision 35/2017 of the Constitutional Court declared unconstitutional the electoral system for the Chamber of Deputies as set up by Italy's electoral law, the s.c. "Italicum". Despite commonly conflated, these are two separate dynamics. The declaration of unconstitutionality of Italicum is independent from the results of the Referendum: that decision is in fact based on the fact that the law allows for the over-representation of a political force, a problem that would persist also in case of direct election of only one chamber. Decision 35/2017 of the Italian Constitutional Court, while according wide discretion to the legislator, identifies the key points that will have to be dealt with by the new electoral law: in particular the majority bonus, possibly to be assigned through a tworound system, and the issue of identification of elected representatives. 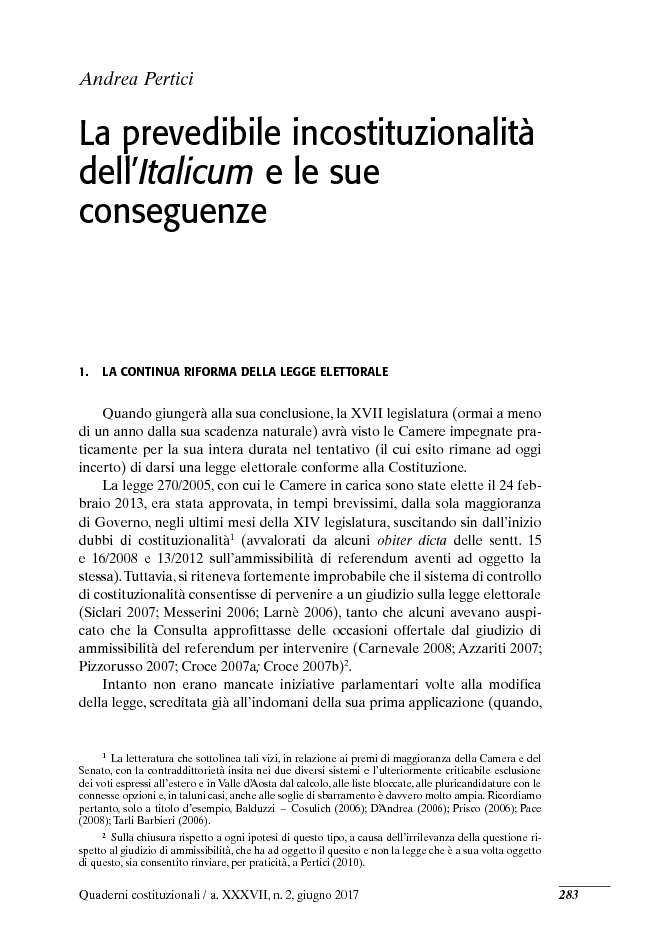