Since its inception, the identity clause has served different purposes. Its wording and constitutional positioning have changed, but most importantly, with the Lisbon Treaty, the duty to respect the national identity of the Member States has become fully justiciable, which explains the growing use of Art. 4(2) TEU in judicial proceedings. The uncertainty that currently surrounds the notion and scope of national identity is cause for concern, especially when hard cases reach the Court of Justice. Indeed, if interpreted and applied in light of the principles of subsidiarity and loyal cooperation, the identity clause is believed to have an added value in the solution of constitutional conflicts, but clearer rules of engagement are of the essence. 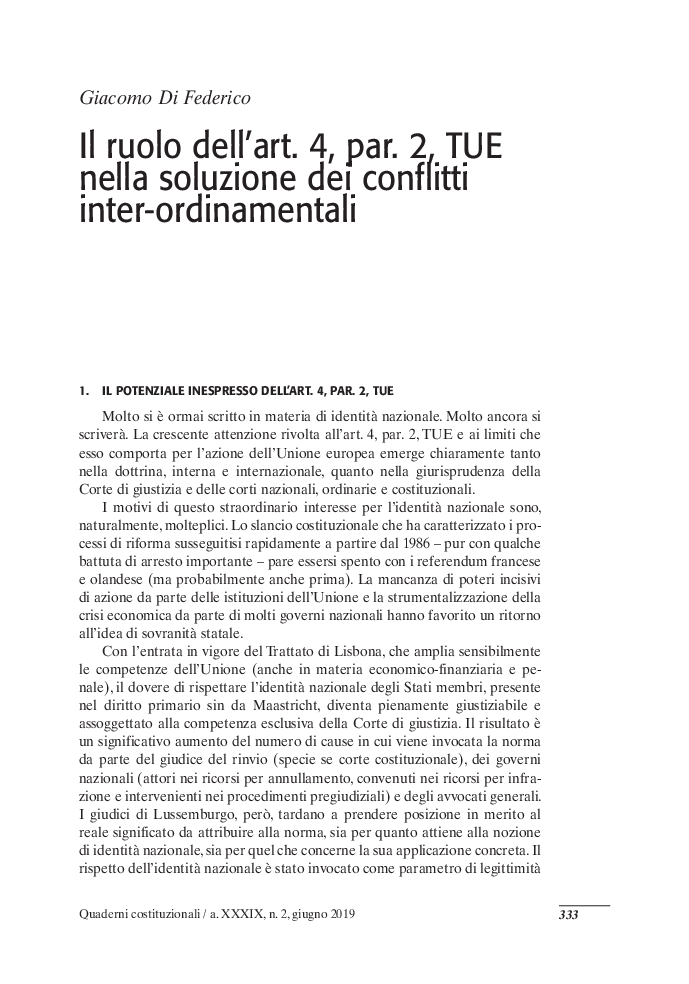