In the years of the European crisis the EU resorted to international law as a tool that became more and more interwoven with domestic constitutional laws of the Member States. Such a novelty, previously unknown in the Member states’ traditions, is instead a typical occurrence in federal systems. It can also show, by the way, how, despite diverse obstacles, the EU is still in on going unification process. In such a complex interplay of legalities, the role of constitutional courts is put at the central stage. The final part of the essay discusses Italian Constitutional Court decisions on the question of double «incidentality». This situation emerges when a preliminary reference is sent to the CJEU, at the same time as a question of unconstitutionality is referred to the national Constitutional Court. The essay argues that the Italian Court has been trying to regain a right of first word on questions of human rights protection in its incidenter proceedings and that the most recent decisions of the Italian Court seem to have overruled the Granital jurisprudence. 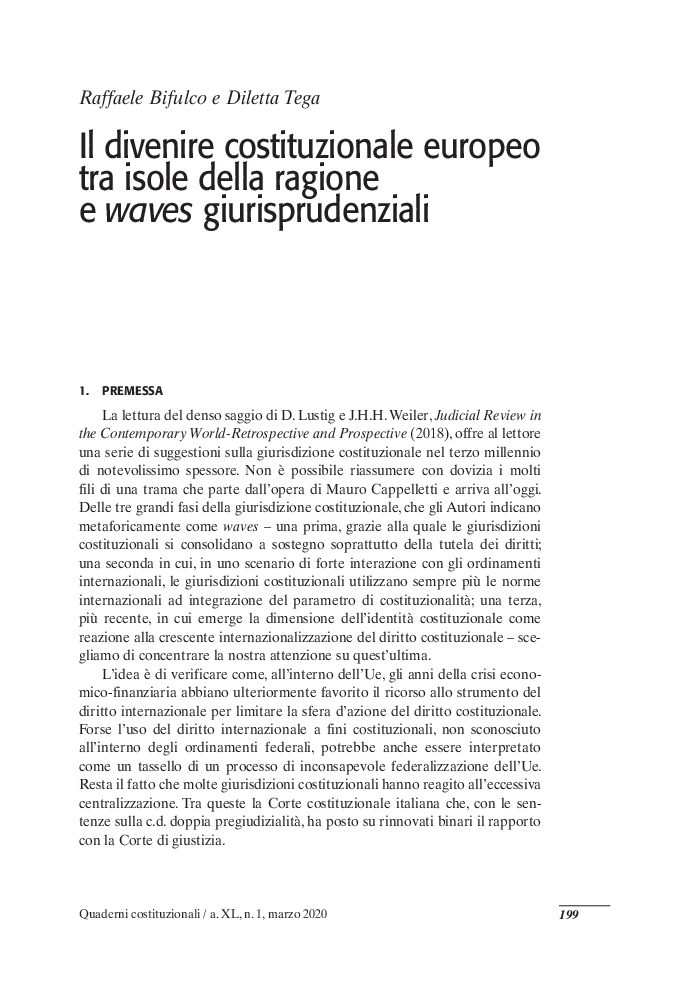