The essay emphasizes the inextricable link between Italy’s Atlantic option and Europeanism in De Gasperi’s vision and understands these foreign policy choices within the broader constitutional politics of the Italian politician. His Constitutional politics included foreign policy, mainly in relation to alliances and Italy’s International positioning. The essay focuses on an unusual procedure, that De Gasperi himself wanted to utilize, whereby in March 1949, the Italian parliament authorized the Government to participate in the last phase of negotiations of the North-Atlantic Treaty. Such a procedure signals a willingness to enhance the centrality of parliament, way beyond the moderate garantism of Art. 80 Italian Constitution. Deviations of later constitutional practice, which tended to marginalize parliament in the implementation of Atlantic commitments and concession of military bases, are not rooted in De Gasperi’s politics. During De Gasperi’s tenure, parliament had a decisive role in determining Italy’s choices in International politics. 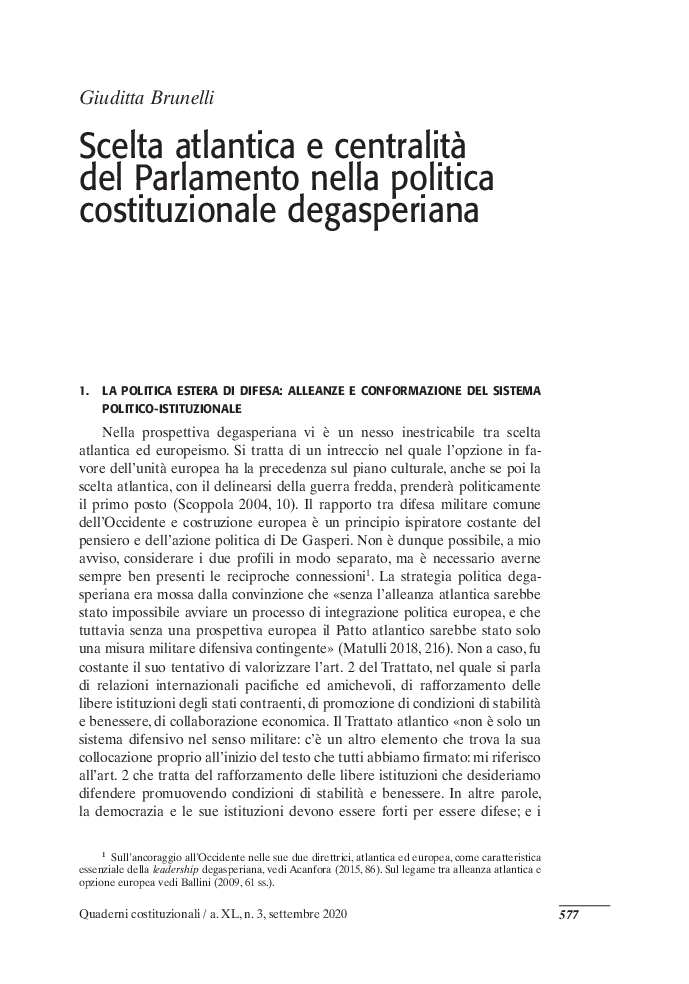