The article analyses the French process of decentralization and regionalization which, although it is not comparable with changes in other European states (Spain, Belgium), warrants discussion because of its systemic generalities due to the centralist tradition of France. The author identifies the reason for decentralization as the opting for efficiency and democracy, and not the ethnic or economic factors that have driven regionalization in other countries. Despite the development of the regional level, the French system preserves features which make it strongly unitary. However, the unitary from of the state encourages the development of relatively limited competition between the central and sub-central levels, and very vigourous and productive competition among the three levels of sub-central government. Finally, the author evaluates the extension of the competences of the Regions and on the imparting of greater normative impetus to decentralization. Doubts arise concerning the possible assigning of authority to the Regions over the lower levels, and concerning the value of discussion about France's federal organization compared with the federal structure that Europe is now assuming. 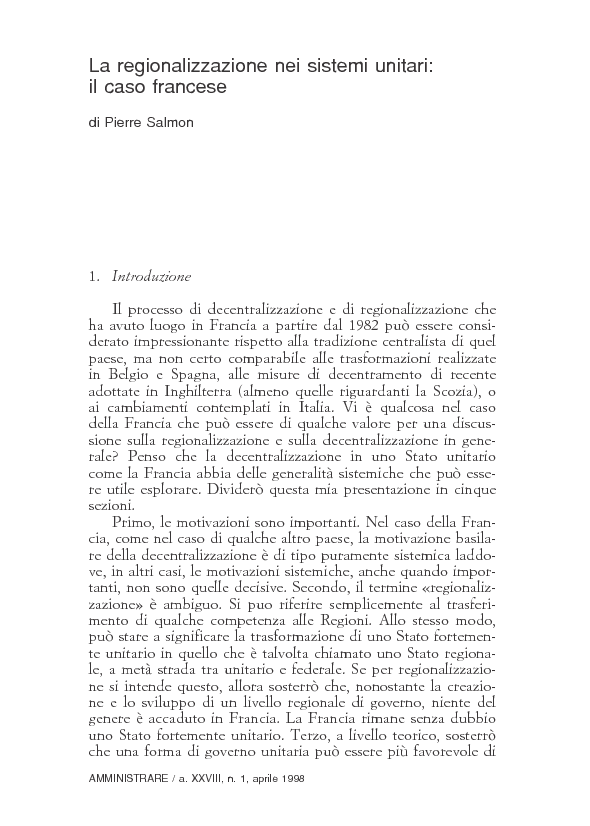