The author studies the Swiss communes, which are public collectivities subordinate to the cantons and constituting the base units of local administration. In Switzerland, the cantons define the various types of commune, their tasks, their bodies, and the political rights of citizens. This broad room for manoeuvre yields extreme diversity which makes any attempt at standardization extremely difficult. The survey concerns itself with the political commune, which benefits from general functions because it has functions not granted to other types of commune. The essay describes the internal organization of the political commune, the institutions of direct democracy, and the referendum system. As regards the characteristics of the communal-level referendum, it stresses that these vary considerably according to whether the commune has an assembly or a parliament. 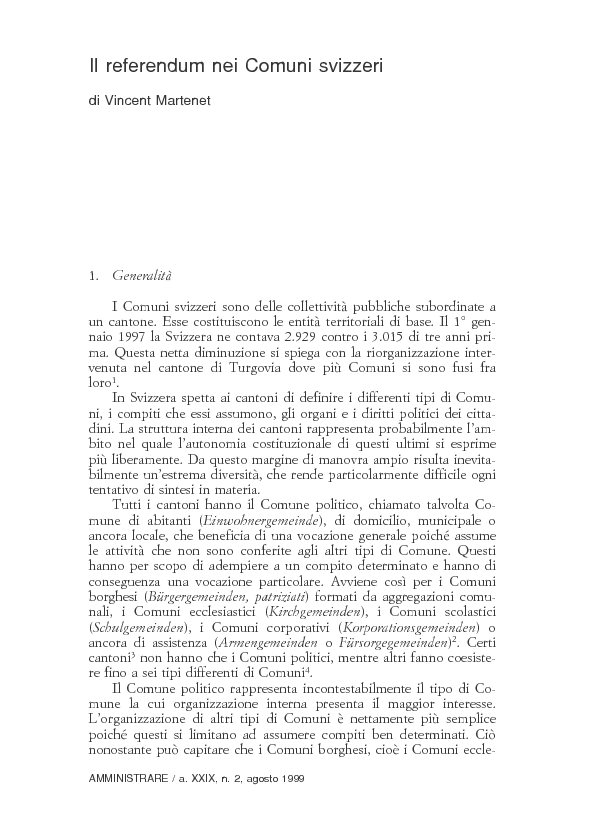