The article analyses the public decision-making process concerning the project to build a high speed railway through Florence and the relative train station. This project requires intervention by the local government - with an innovative technical-design approach - in such crucial sectors as public and private transport, urban and territorial transformation, the protection of cultural assets, and the economic and social balances of the entire metropolitan area. The author studies the variables involved in land planning in a regional context characterized by a predominantly "red" subculture. Government of the decision-making process initially provoked clashes between the two coalitions formed by the State Railways and the local administration on the one hand, and the Tuscan Region and the Province of Florence on the other. When the new majority in the municipality sided with the Province and the Region, and the Railways were subject to judicial investigation, a new policy network arose due to the disappearance of the former. In this context, the author concludes, the local government institutions have shown considerable strength with respect to the political-administrative centre, while, especially within the locally dominant political party, the leaders-administrators tend to prevail over the party apparatus. Collective movements have shown similar autonomy with respect to the traditional patronage exercised by the parties, which has been a further source of difficulty in the decision-making process. 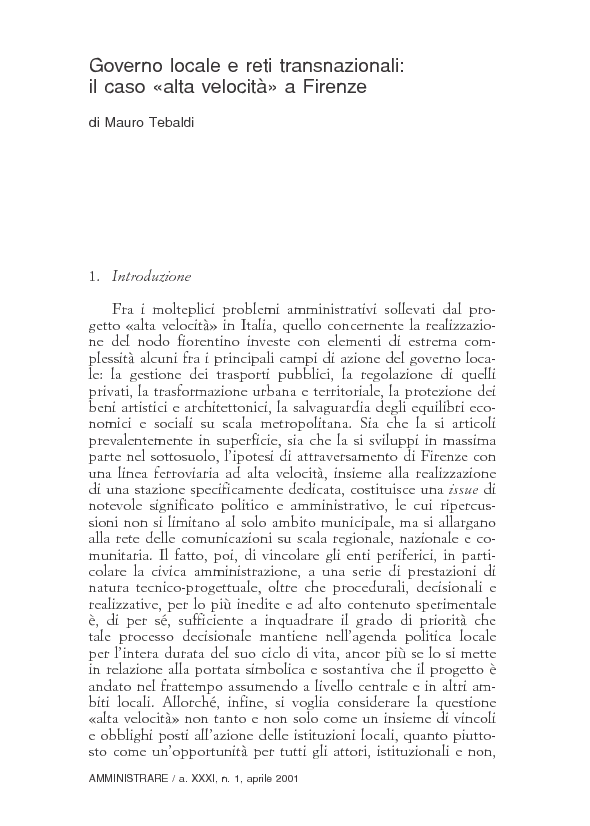