The first structural reform of federal public administration in America, the Government Performance and Results Act, was passed by Congress in 1993. The bill introduced, with a well-structured approach, strategic planning to the United States. The General Accounting Office (an office that reported directly to Congress) was entrusted with supervising the implementation of the law. It ensured a steady improvement in the implementation of the law itself, and a greater awareness and consideration, on the part of individual departments and the government in general, of how and to what end public money was spent. As part of the bill, the Office of Management and Budget introduced two fundamental innovations, the Performance Budget and the Program Assessment Rating Tool, which served to guarantee the bond between the federal budget and the law governing strategic planning. In general, the strategic programme that was introduced by the Government Performance and Result Act did not represent, from a technical standpoint, a great innovation in terms of the number of experiments across different sectors. However, thanks in part to the introduction of the Performance Budget and the Program Assessment Rating Tool, it did move to homogenize procedures, to standardize definitions and create a long-term programme to manage public works on a vast scale. 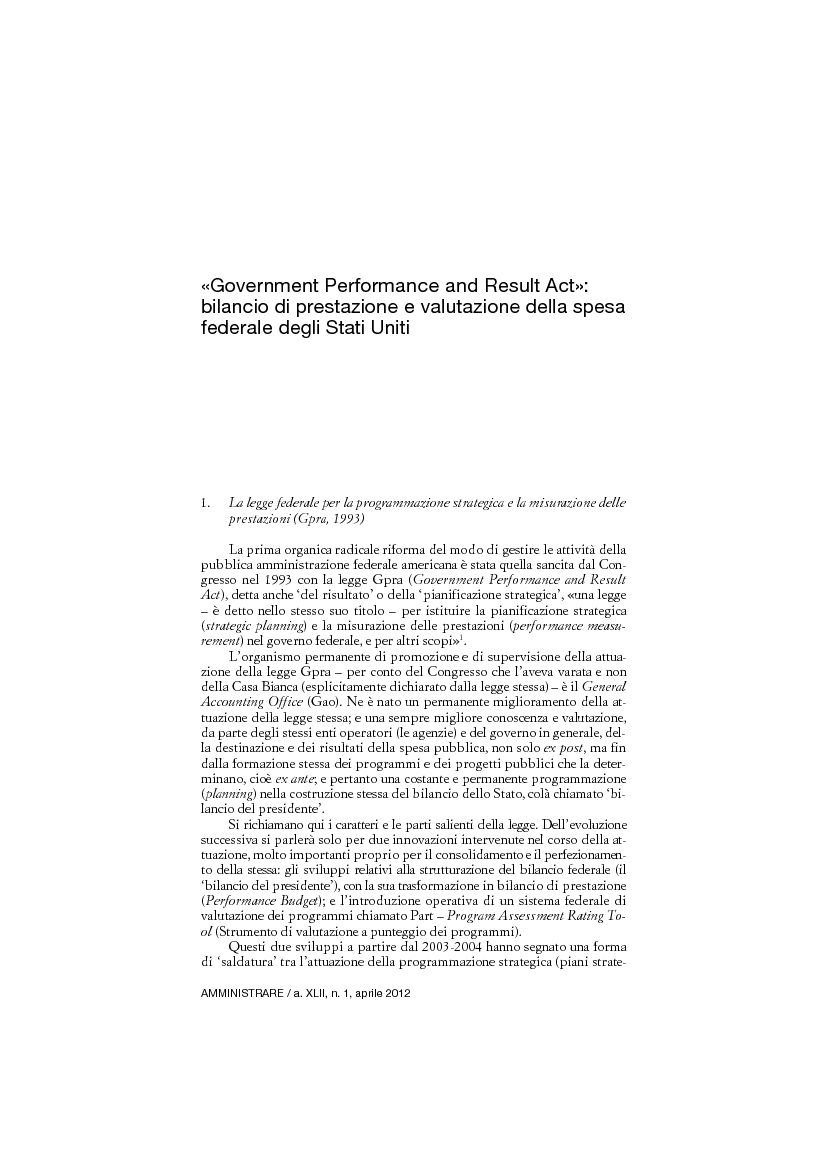