The texts examined here, which share common ground tha t has not bee n highlighted by literary criticism, are taken, respectively, from L'Orologio ("The Clock") by Carlo Levi, published in 1950, and from Misteri dei ministeri ("Mysteries of ministries"), a work written by Augusto Frassineti in 1948-49 and published in 1952. In the first text Levi gives voice to Frassineti, disguising him as the character of Ferrari who describes a ministry, and the failures of bureaucrac y and of Italian society a fter the fascist regime and the war, hoping for a recovery that never came; in the second text, Frassineti sa tirises the a ttempts a t bureaucratic reform with the abolition of temporary workers amongst state employees. Both texts were written during the same years, and were born out of the authors' refusal to give up fighting for a system that was a source of disillusion, sharing a civic passion for politics and a desire to re form systems and society. The theme of bureaucracy, addressed in L'Orologio, becomes allencompassing in the work of Frassineti, which aims to sa tirise the lives or non-lives of ministers and the mystery that surround them. Frassineti's work is a slim volume, but full of content, and not purely sa tirical. Research has established the hitherto unknown origins of Misteri, which was wrongly considered by Italo Calvino as a "grotesque", "paradoxical" and "absurd" work. Rather, Misteri is a work founded on ample knowledge. Frassineti was a keen reader of Tao Te Ching, a work attributed to Lao Tse, a Chinese philosopher of the 4th c entury, who proposed freedom from conventional forms of thinking and behaviour. Taoist thought makes man benevolent, absorbed and indulgent, qualities Frassineti embodied as a civil servant, conducting his role without authoritarianism, marking out the progress for legislation with measures proposed and endorsed by him. The study contains biographical and bibliographical details, especially necessary for Augusto Frassineti, an author who has no specific study dedicated to him. 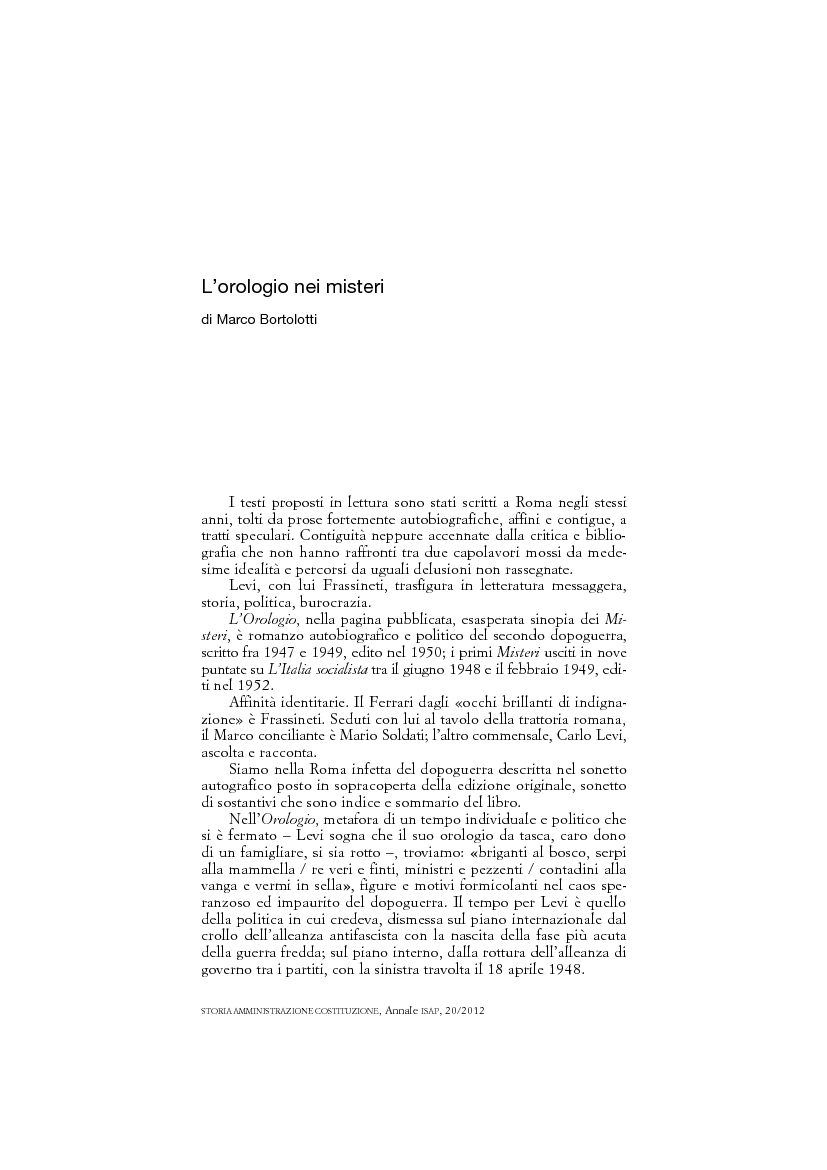