Boundaries have been the focus of academic study both for their historiographical importance and for social theory (sociology). The latter considers them both metaphorically and materially. The boundaries of the modern State are material, rather than metaphorical, together with all administrative boundaries of every single State. Indeed, one could claim that the State came into being when its boundaries were outlined, even though they are not consistent with the boundaries of social groups and nations. Where the origin of the State is concerned, however, there is no consensus between social theory and historiography of public administration. The first emerges between the 11th and 13th centuries, with the Dictatus Papae of Gregory VII (1075) and the Concordat of Worms (1122). Once the uncertainty over the boundaries of ecclesiastical jurisdiction was overcome, which was superimposed on the secular, the need emerged to determine the territorial areas of loyalty where sovereigns are concerned ('absolute power'). Historiography claims, instead, that the modern State can only be considered in continental Europe as a process and a phenomenon of public administration (16th-18th centuries). 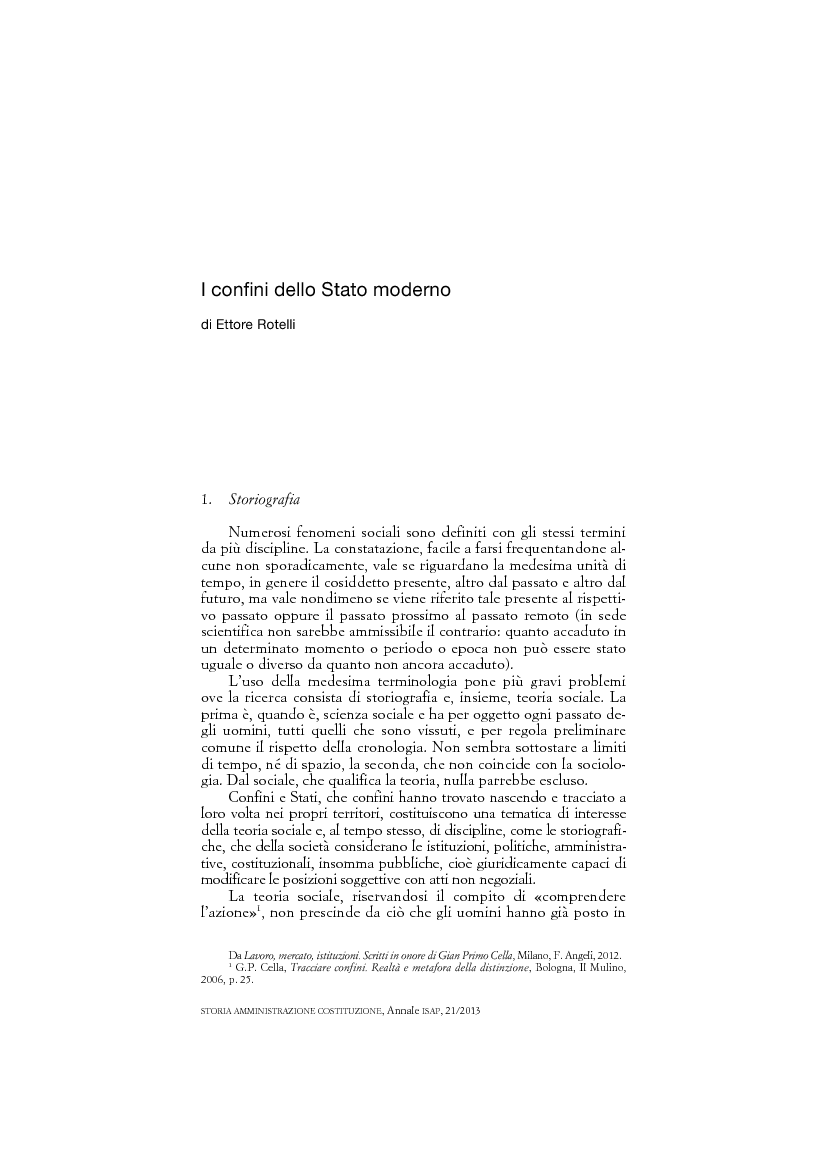