The work examines some recent decisions regarding trade union ordinances "possible and urgent", in order to carry out a systematic reconstruction of the different meanings that the law attaches to the phrase "possible and urgent" useful, in the opinion of the writer, to remove the multiple aporias that have long characterized the instrument trade union ordinance under art. 54, paragraph 2, of legislative decree 267/2000 (so-called Tuel). The line of investigation is, therefore, that the exercise of union power for Extraordinary, with particular reference to the conditions which justify the adoption; theme has always been controversial in doctrine and jurisprudence. Despite the law, in fact, by the time he has clarified the nature of the extraordinary remedy of last resort, may be used only in situations of objective danger to public safety, there is still deep uncertainty in finding a peaceful and unambiguous interpretation of the practice term "contingibilità" (possibility), referring to the time of onset of genetic hazard to deal with. Question, the latter, which has gained further momentum following the intervention of the legislature, which aims to reform the art. 54, paragraph 4, Tuel, whose innovative capacity has required the intervention of the Constitutional court, which, as we shall see as a result, has brought back the exercise on the traditional binary of implementability and urgency. 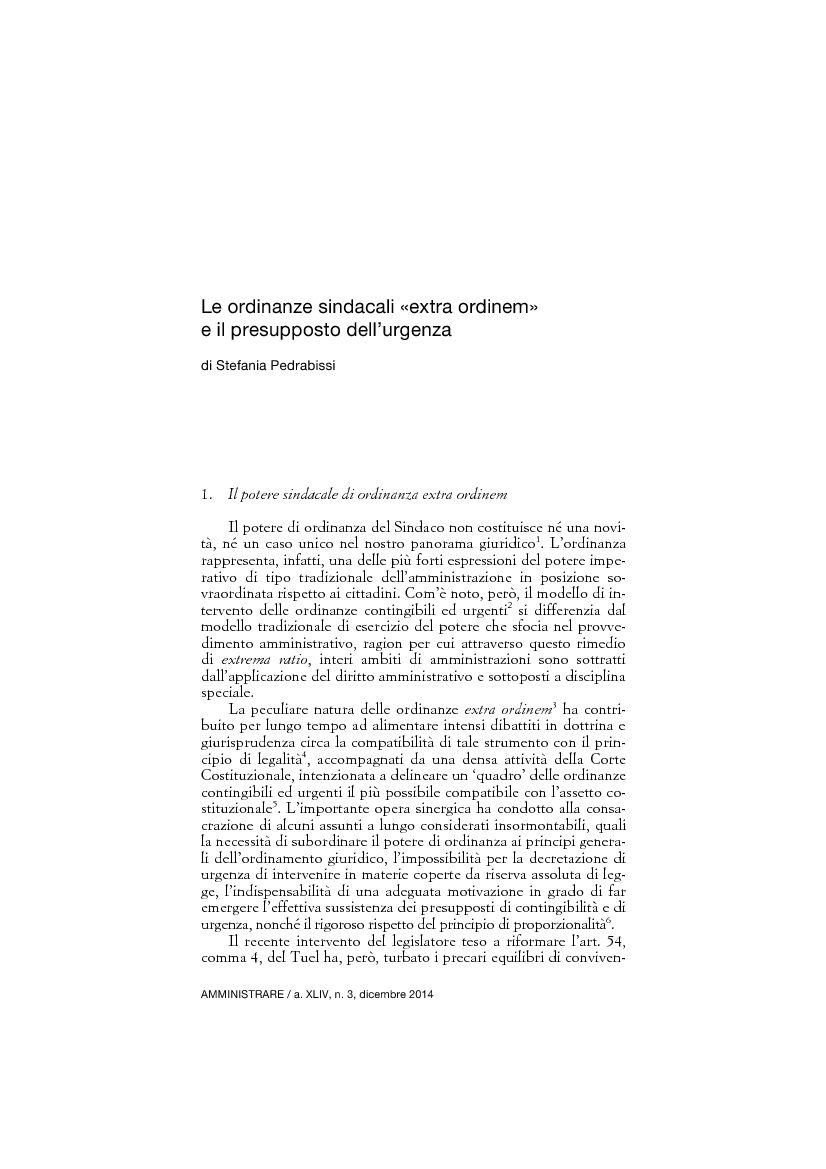