This paper attempts to summarize the arguments developed and the most important research done by historians and other social scientists in the last 50 years, in relation to the laws on public health. The evolution of the law is followed from the Act of administrative unification in 1865, especially until the Fascist era, but in some cases even up to the seventies of the twentieth century. In its evolution, the laws of health and hygiene expanded into different sectors, interfering with the laws on charities, on public works, on agriculture and industry, with labour laws, social insurance, education, and finance laws. This development was rarely coordinated and congruous, often the evolution of health laws has led to confusion and overlapping of rules and functions. The article - in accordance with the most important views of historiography and other social sciences - argues that these flaws have continued for at least another 35 years in the Republican period, and thus long after the establishment of the Ministry of Health (in 1958). In fact, the creation of the Ministry changed the heads of government of public health, but did not change the policies of health care and welfare. The paper begins with a brief review of the health rules laid down in the Act of 1865 (Annex C mainly, but not only that) and how they have changed in the following decades, then it only focuses on certain topics among the most extensive from the historical, sociological and politological literatures. In particular, it focuses on the analysis of the welfare state, a modern concept which had however its roots already in the Act of 1865. Further study in this article relate to the operation of public health in the municipalities, the problems encountered by local governments, the relationship between the municipalities and the local supervisory authorities of the State; in this regard, particular attention is paid to the municipal bylaws on hygiene and health. It also deals with the relationship between health professionals and health laws, in municipalities and hospitals, in mutual and health insurance organizations, and illustrates the influences exerted by the physicians in the acceleration or deceleration in the progress of health care legislation. 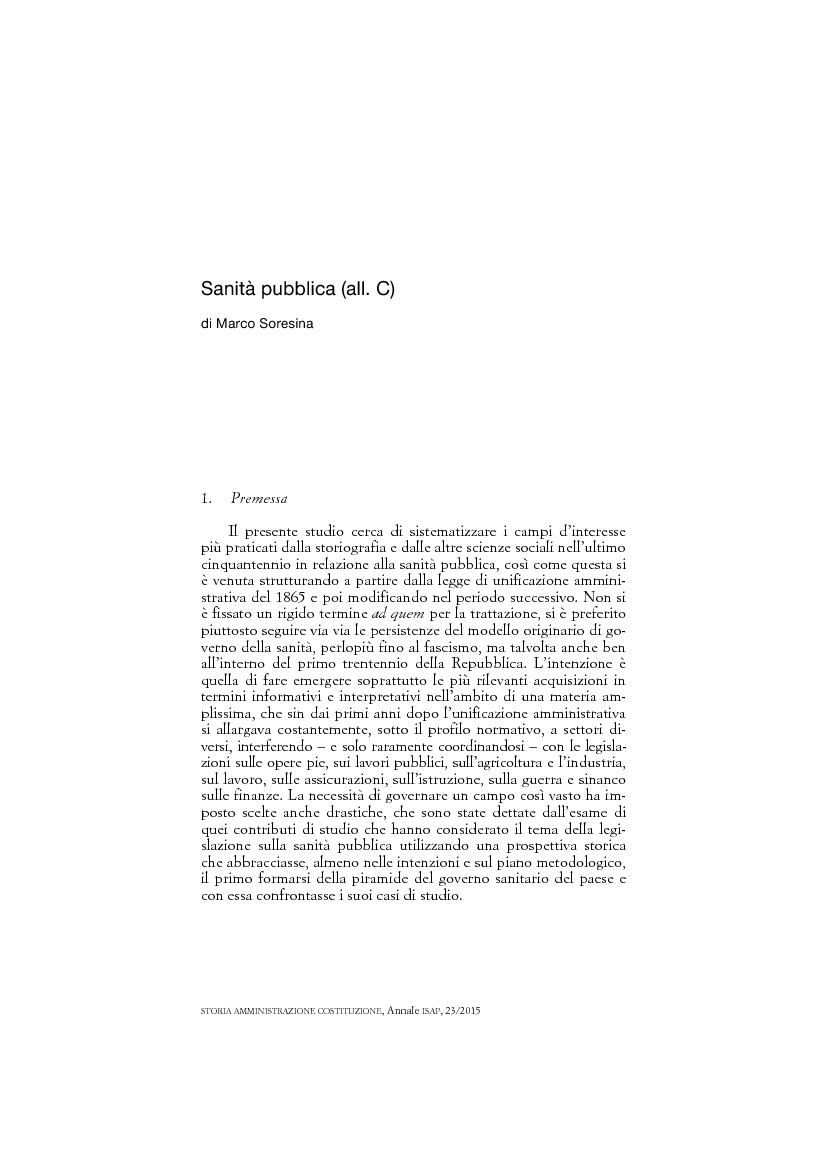