Consumption and mass production of food have had important consequences for the environment; in a scenario of increasing exploitation of the land, both the standardization of the production of specific foods and the general quantity of produced food have increased. The growing environmental crisis in its various forms - among which we can mention the use of arable land, reduction of biodiversity, the problems of water supply, pollution and climate changes- food production has become a crucial element for environmental governance. These are important issues, which challenge public opinion and urge the media to pay attention, actually enhancing the problem of governance. Such process involves an increasing number and variety of actors up to include general public. Thus, it becomes particularly relevant to understand how the theme of food production is configured in medial arenas, also in connection with the consumption of food. Our contribution will start exploring the presence of these issues, in the public debate through a longitudinal analysis of the major Italian newspapers in the period 1992-2012. Such analysis will trace the evolution identifying the emerging themes over time, through the comparison of communicative registers, the actor involved and the prevailing tendencies. Subsequently, the paper will go through a specific focus on the last five years period, in order to concentrate on most recent events and to verify whether the food production and the governance of the related processes are assuming relevance in the media agenda and in the public debate. 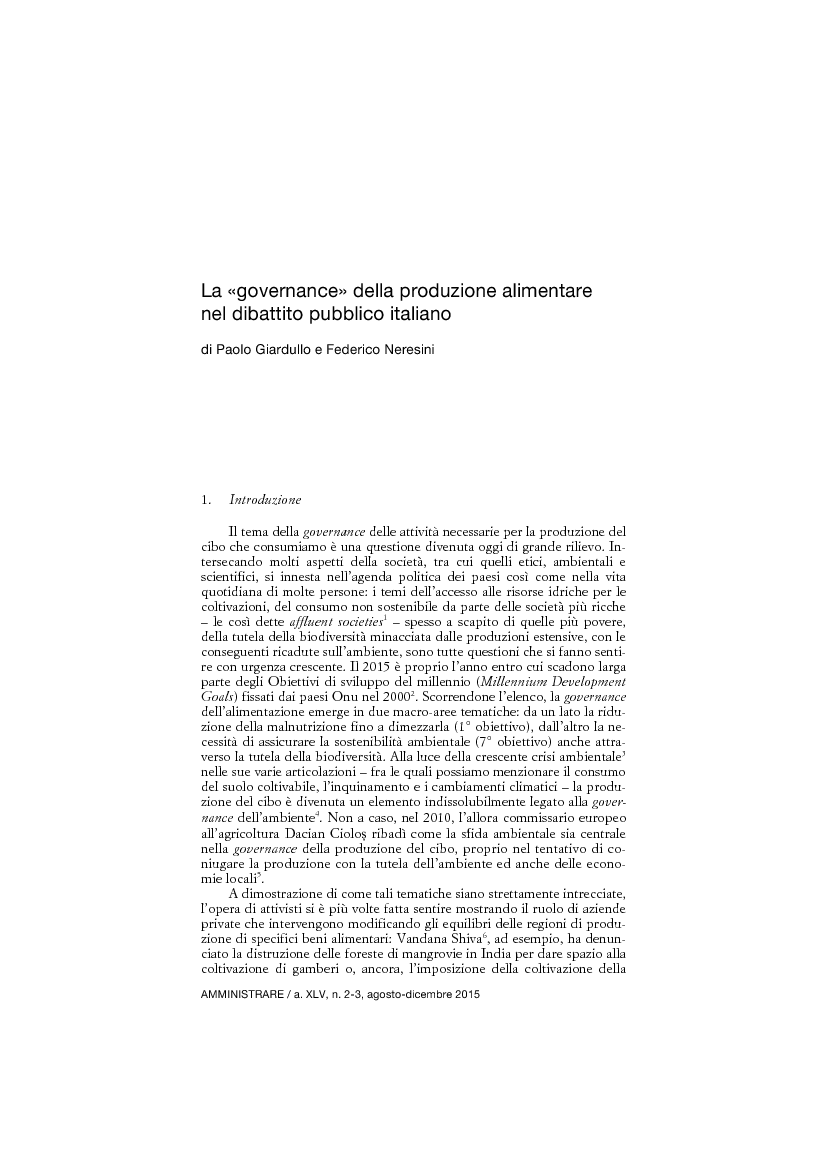