In the years following the Declaration that in 1776 states independent from England the thirteen Colonies of North America, the parliamentary term of office is one of the main themes that characterizes the constitutional debate within the state Conventions during the building process of the new governmental systems, the first based on the republican form. Crucial reference points for the definition of a new balance of powers between the institutions in the perspective of codified checks, term of office, rotation and term limits are closely linked with the principle of popular representation that delegates are commissioned to exercise as trustees before a wider constituency, and witness a colonial institutional practice from which the newly independent States never come off completely. The legislative term of office in the federal bodies is cause of contention between federalist and anti-federalist delegates during the drafting of the US Constitution of 1787. After the ruinous experience of the short and ineffective confederal Congress instituted by the Articles of Confederation in 1781, devoid of the necessary powers to maintain order and financial stability after the riots of the revolution, some delegates believe necessary reform the system in order to ensure a stable and enduring central government, with congressmen able to develop experience and capable to internationally represent a more unified political identity, despite are persistent the concerns over the tyranny and the lack of accountability that a Congress with unlimited terms would encourage; an attempt against the electors freedom and the sovereignty of the independent States. This article analyses the ideological and juridical framework that rules the duration of the American legislative bodies according to the dictates of state and federal Constitutions and Declarations of rights; percentage graphics constructed on the basis of the congressional official data show the averages of re-election and voluntary retreat of delegates after the first term of office in the Congress, pointing out the extra-constitutional practice of the highest offices voluntary turnover that characterizes the first century of the US Federation, in accordance with the principle of citizen legislature and before the consolidation of stronger forms of political careerism. 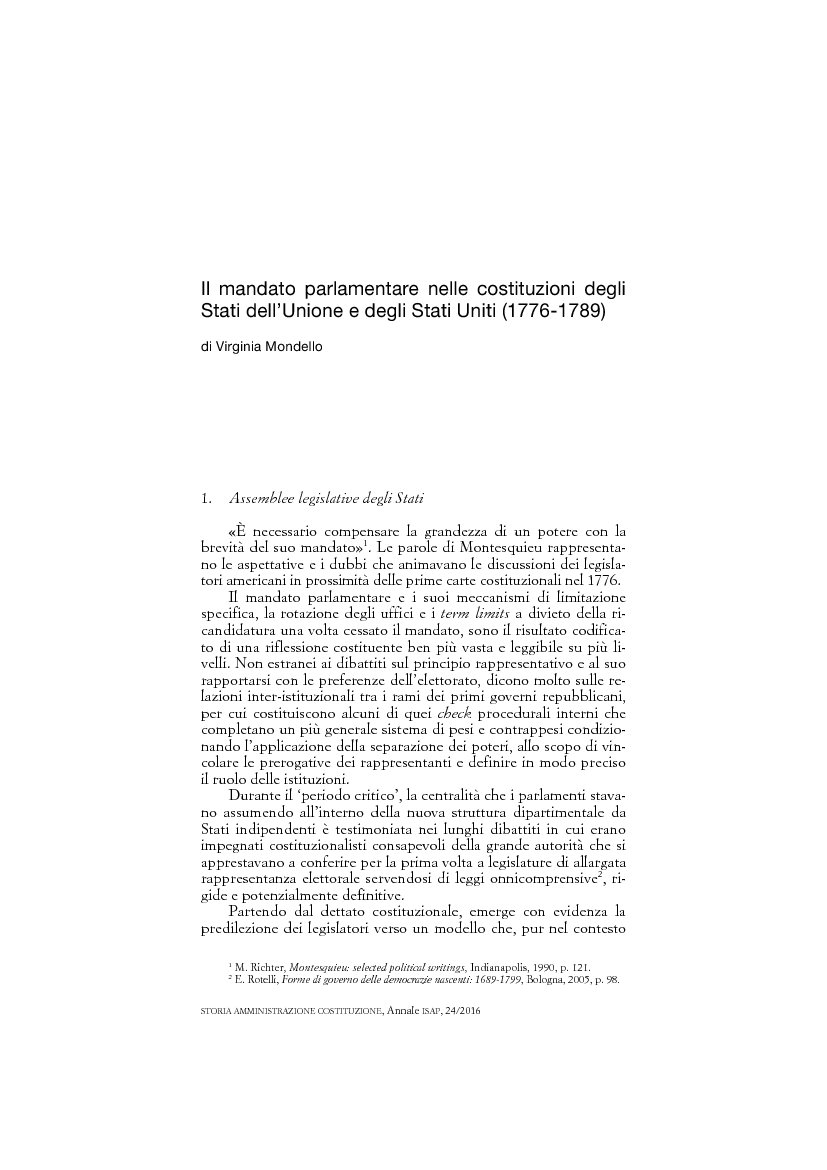