It is common belief that the Web in its commercial development has given up its original ideology, moving from being the realm of hyperlinking to becoming a system of proprietary platforms. Even the inventor of the World Wide Web, Tim Berners-Lee, insisted on this point and warned against the rise of walled gardens. Users are walling themselves off from the cyberspace for a technical reason, according to Berners-Lee: while Web pages were given an URI (or URL) address, social network sites are not anymore. As a consequence, there is no way to get information out of private archives, so the Web is splitting up into separated environments. There are actually many good points in Berners-Lee's statement. Walled gardens do threaten the future of the Web, so much so that we are witnessing an alternation between two different forms of sovereignty: Google's open system and Facebook's closed one. Nonetheless, Berners-Lee is too optimistic with respect to the original features of his creation. This is why I will provide a critical analysis of the Web's early history - particularly focusing on the differences between Berners-Lee's hypertext and Ted Nelson's Xanadu - in order to detect the roots of inequality and show how the new infrastructure served as a vehicle for neo-liberal strategies. Moreover, this analysis will make it necessary a new reading of the general theory of the network society, also in the light of David Harvey's and Thomas Piketty's investigations of late capitalism. 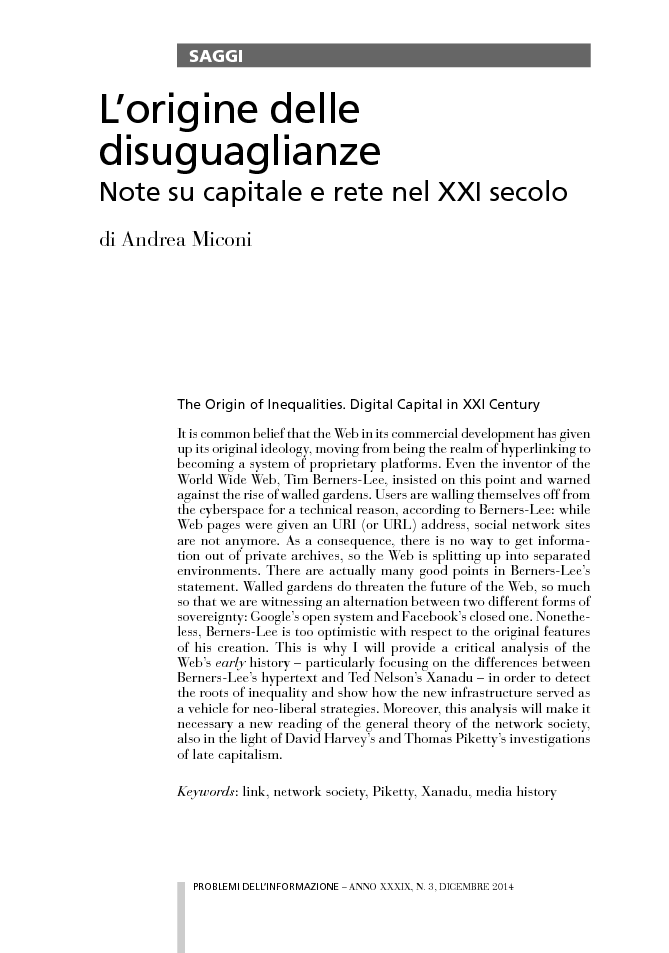