Part of a larger research project on science, technology and society, this contribution consists of two parts: the first and mainly theoretical one discusses the emerging features of data journalism within sport news (Aitamurto et al., 2011; Bounegru et al., 2012; Appelgren and Nygren, 2014; Fink and Anderson, 2014). Starting off from the insights delivered by the first, the second part uses a collection of semi-structured interviews to 16 stakeholders (including the tactics manager of the Italian national football team, professional sport journalists and bloggers) to give shape to a detailed social representation of data journalism in the football news practice. A composite mosaic emerges from empirical documentation: full of vivid images in the foreground - that tell about a particularly lively present and evoke a promising future - but marked by rather blurry figures in the background, around which appear to coagulate the same methodological issues discussed at the dawn of data journalism: the selection of sources, some semantic ambiguities (the most important is that between «Big Data» and «large amounts of statistical data»), the construction of the data and, even more, the type of narrative in which you use it (which, naively, is claimed to be objectivity-based). 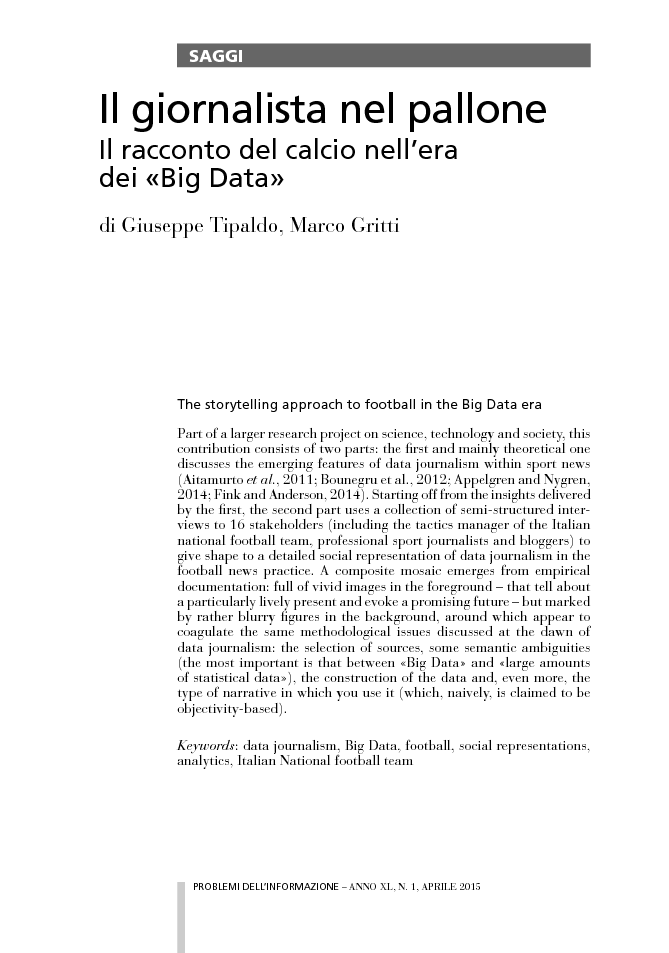