During the World Cup 2014 in Brazil, the Argentine fans have travelled in large numbers, taking advantage, in many cases, of the fact that the distances could be covered by car, and they flooded the streets (more than the stadiums) all singing a chant of encouragement known for its first verse: «Brasil, decime qué se siente». The chant, based on an old song of the American rock band Creedence Clearwater Revival, was quickly adopted by hundreds of thousands of fans in Brazil and millions in Argentina, becoming viral in social networks. The paper addresses this phenomenon analysing the chants, the musical and political traditions on which they are based, and the relationship between music and nationalities. Finally the work presents the practices of the fans in relation to the Argentine football culture - characterized by what the researchers called the «culture of the aguante» - and the way in which these practices intersect with the stories that the media and the State in Argentina have drawn on the World Cup and its transmission in Argentina. 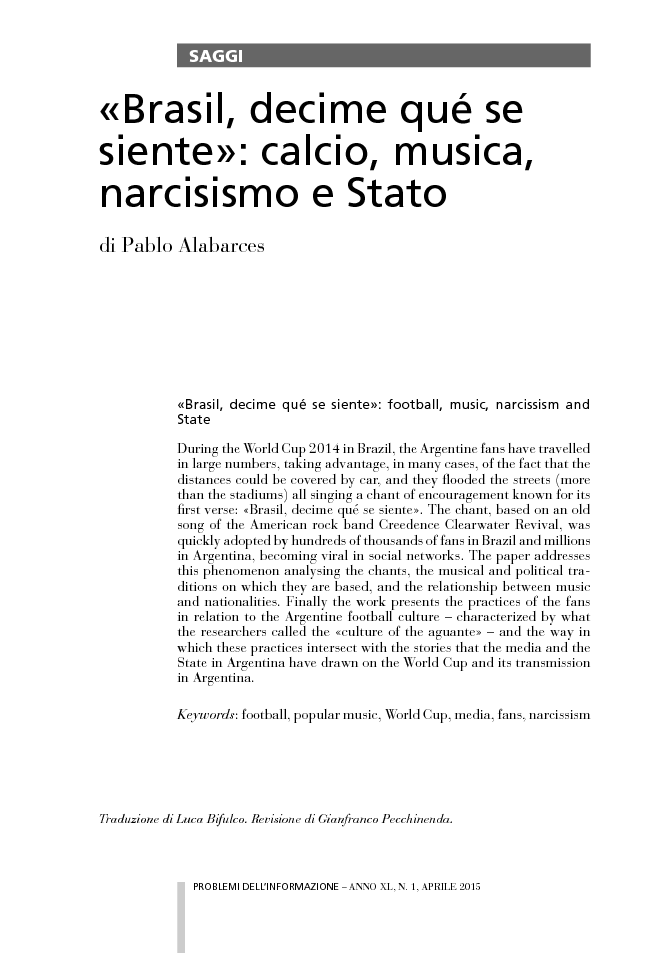