In this paper, we focus on the motivations and on the perceptions of Italian Facebook users who are actively engaged in spreading «official» or «alternative» scientific information, adopting as our case study the childhood vaccines controversy. The majority of research addressing misinformation on social media is based on quantitative analysis. While this research provides relevant insights, we believe that scholars should also better explore users' motivations and perceptions. Therefore, our paper provides an in-depth analysis of the main communicative practices, and of the sense-giving processes, carried out by Facebook users dealing with scientific topics, both from an «official» and from an «alternative» standpoint. Major attention is devoted to motivation, perception, social negotiation. As we are interested in platform-specific actions, we also experiment with using an original modus operandi which merges together a semi-structured interview with the cognitive walkthrough approach normally used in usability analysis. We offer a set of scenarios, and provide respondents with a set of tasks to be performed within their Facebook account, also asking them to think aloud while accomplishing the task. 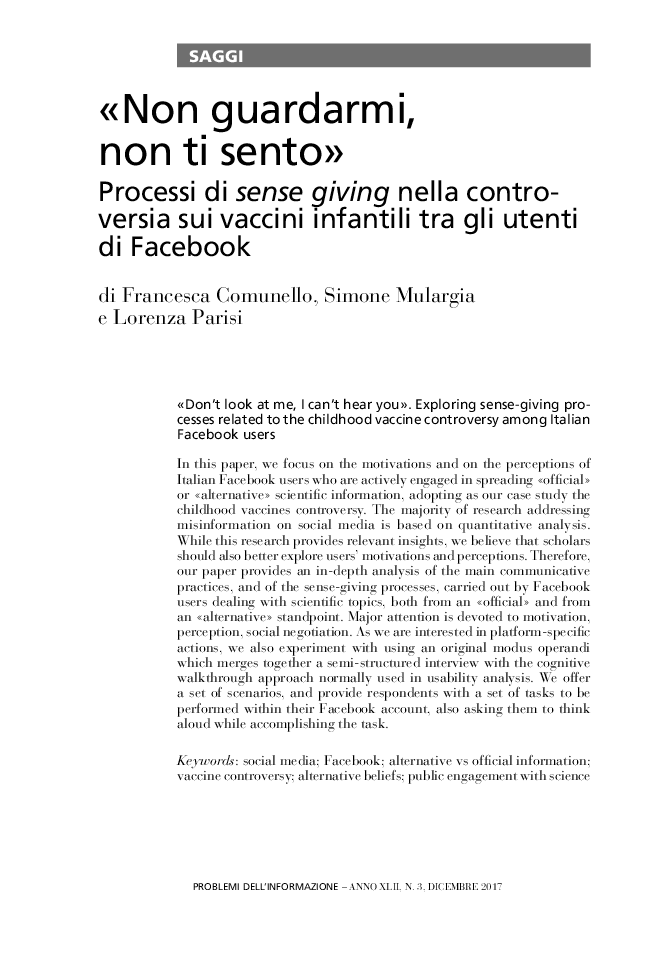