Starting from the association between Euroscepticism and new media suggested by recent studies, this paper examines whether a eurosceptic tendency characterized the online information environment in the lead-up to the 2018 Italian general election. With both quantitative and qualitative methods, about 2850 news stories on European Union, published online and shared on Facebook in the six months before the elections, were analyzed. The main findings are as follows: 1) among the main news topics, there were themes associated, in literature, to eurosceptic perspectives, like immigration and economy; 2) among the most engaging news stories, negative tone overcame the positive one; 3) positive and negative news articles turned out to be associated with different interaction patterns on Facebook, explainable as traces of the activism of online eurosceptic partisan communities; 4) positive and negative news frames were mainly focused on utilitarian or moral support for European Union. Overall, these findings unveil the role played by partisan social media online communities as a key driver fostering the relationship between Euroscepticism and the online information environment. 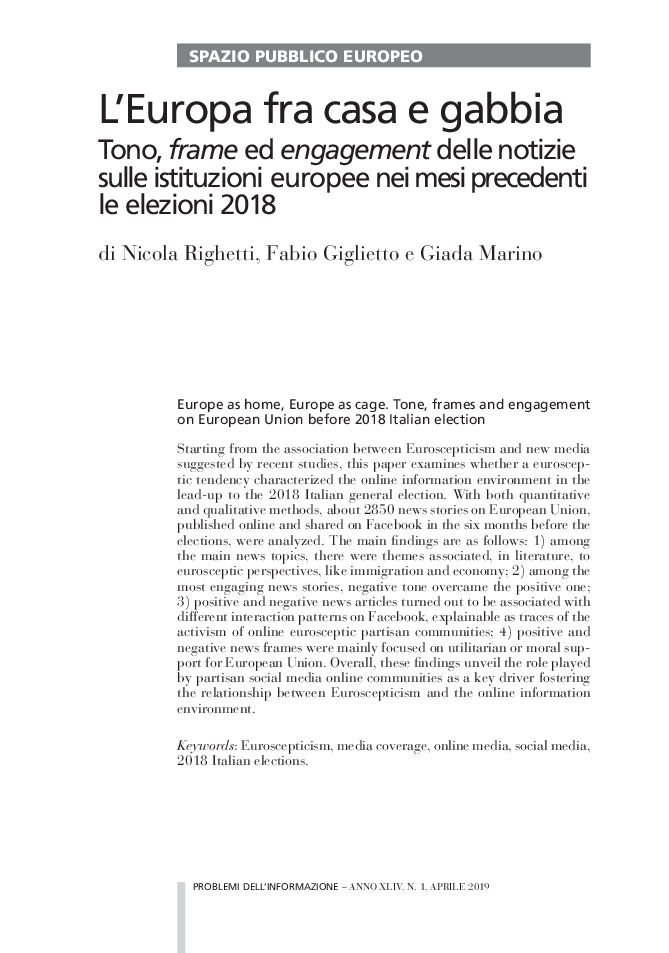