Pope Francis gave a peculiar form to the relationship between the Church and the media, shaped under Pope John Paul II.. Specifically, he constructs a message with high impact focused on the things that he says and does, even off-the-cuff. The media manages this complex work of constructing texts and images, in which the communication style of the pope undertakes a central role. The paper addresses this issue by analyzing the characteristics and narrative structure of the media coverage made by the major newspapers of two different countries, The New York Times and Italy’s La Repubblica, during a selection of international papal visits. By identifying similarities and differences in the tone of English- and Italian-language news coverage, the paper proposes that a new legitimation strategy for the pope and the Church itself exists based on the world of everyday life. 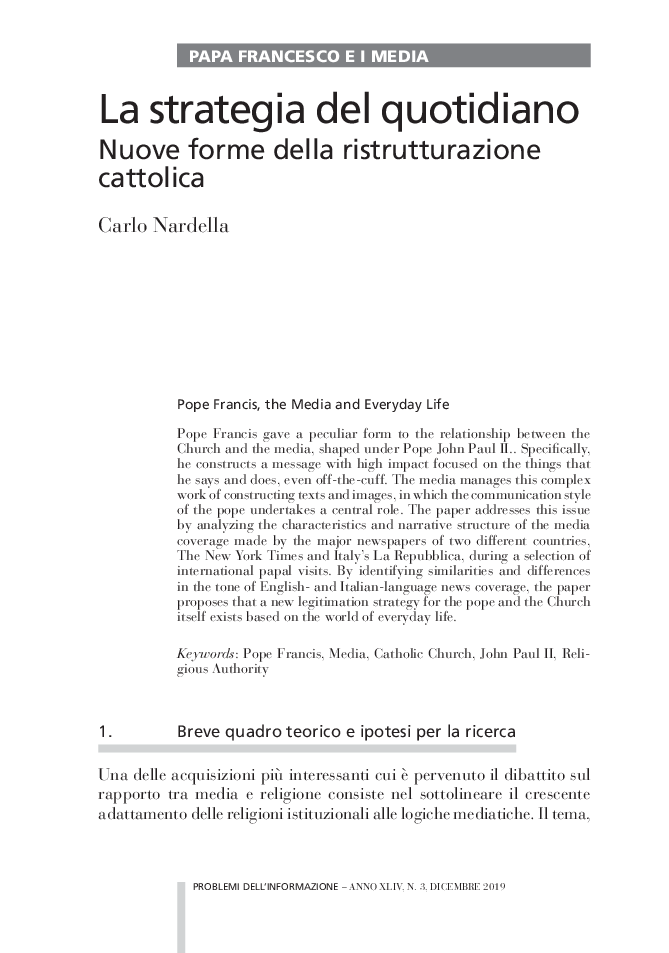