Starting in the 1960s cultural policy has become a new challenge for national governments. France was the first to meet this challenge by creating in 1959 a Ministry for Culture, as well as the related scientific bodies, to study its impact. This article deals with the birth and development of this new discipline up to the end of the past century, focusing in particular on the measurement of culture. As well important has been the engagement of International Organizations which was started in the seventies by UNESCO with the first development of a Framework of Cultural Statistics, and carried on in the late nineties by EUROSTAT’s Leg/Leadership Program on Cultural Statistics. The last part of this article deals with the changing Italian attitude towards cultural policy, initially limited to »heritage protection», extended at the end of the sixties to «cultural development» by Giorgio Ruffolo and his Research Institute for Economic Planning/ISPE, and effectively fostered in the seventies by the newly created Regions, along with the local powers, through an extensive «cultural decentralization» process. A new governmental awareness of the economic and employment potential of our country’s extremely rich historic and artistic heritage furthered since the eighties and up to the end of the century a rise in economic investments in the field, along with a huge development in the studies of cultural economics. 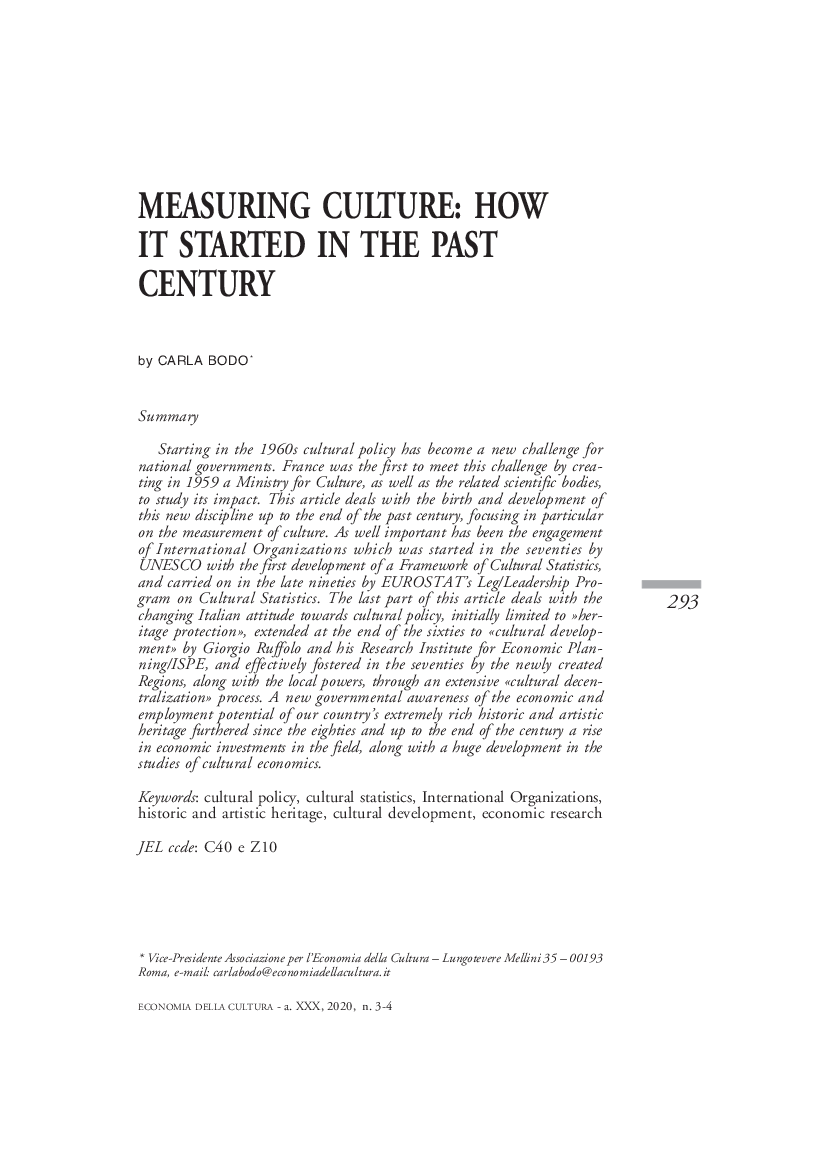