The presence of free digital services in the creative industries is not a new phenomenon. There have always been television and radio services which are not directly paid for by the final user but which are instead financed via advertising. Nevertheless, the scale of the digital economy has changed not only the way in which firms in the creative industries operate but also in the way consumers engage in these activities. Frequently, the connection between the benefit to the consumer and the provision and funding of the service is not direct. This makes it difficult to reflect the economic importance and utility of such services to the various economic actors, in national accounts. This paper presents a proposal to measure digital services not paid for directly by the final consumer. This is done by way of a Satellite Account (SA), which provide the necessary framework linked to the national accounts. Following the European System of Accounts (ESA) rules, this proposal makes it clearer who produces, pays for and benefits from these free services. Three examples of free services are considered: those financed by way of advertising, services financed via data, and services provided by volunteers. This proposal is one of the topics included in the EUIPO report «A Satellite Account for the EU Creative Industries». While challenging and complex, developing an SA for the creative and cultural industries is both possible and desirable as it will allow for important aspects of the modern economy to be properly quantified. This is particularly true of the digital sphere seeing as these industries are not currently reflected in the economic statistics or they are mentioned only implicitly. 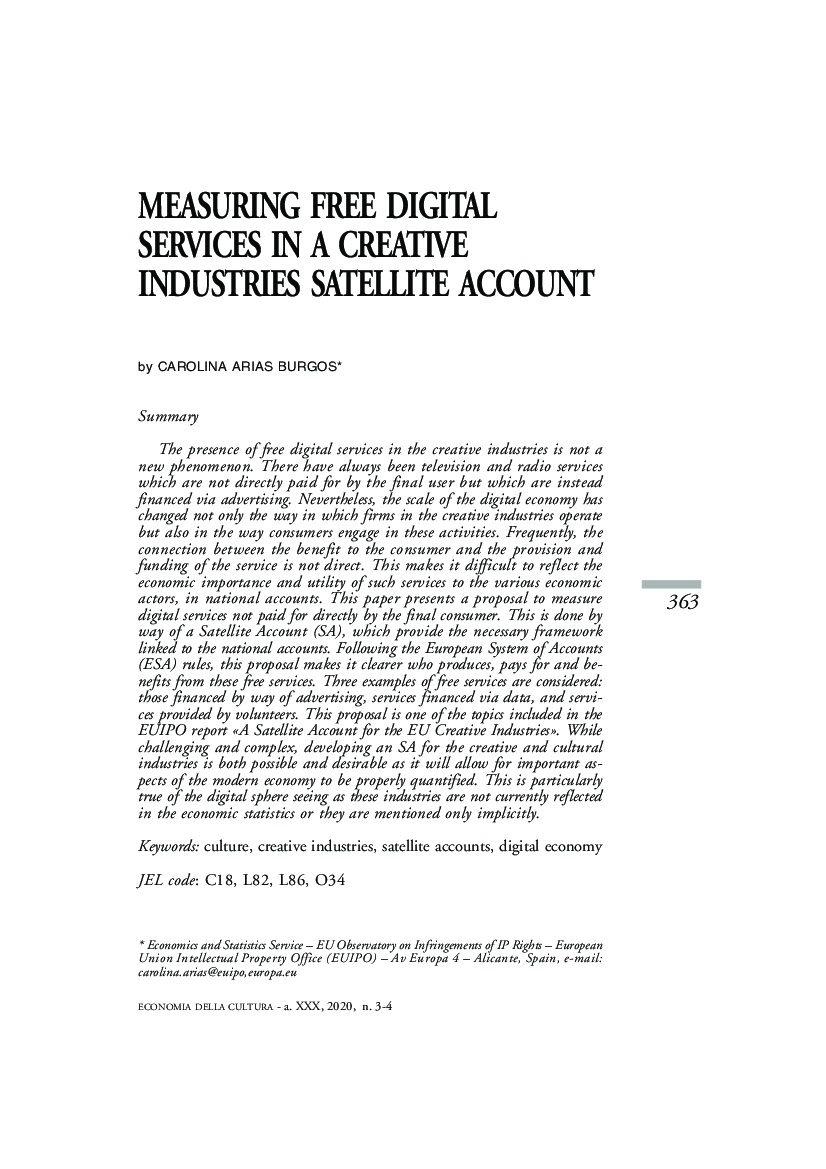