The preparation of the European Year of Cultural Heritage 2018 included a collection of evidence about the opinions and sentiment of Europeans. Between September and October 2017, the Commission had a special Eurobarometer, No. 466, carried out to investigate «people’s engagement with cultural heritage and the perceived importance and values they attach to European cultural heritage. About a year and a half after the conclusion of the European Year of Cultural Heritage, the Italian Ministry of Culture deemed it necessary to assess what the effect of this initiative. The article deals with the impact of the Year on cultural participation, based on the results of a targeted fieldwork, through a CATI-type survey, carried out in 2020 on a sample of 600 individuals, compared with the results of the Special Eurobarometer 466. The objective of this analysis was twofold. On the one hand, the aim was to collect, two years later, perceptions, memories and evaluations both of the event that took place in 2018 in their territory and, more generally, of the European initiative. On the other hand, the questionnaire was structured by taking up some questions included in the Special Eurobarometer 466, published at the end of 2017 and dedicated to cultural heritage in view of the European Year of Heritage, in order to detect any variations with respect to the results recorded on that occasion among Italian citizens. 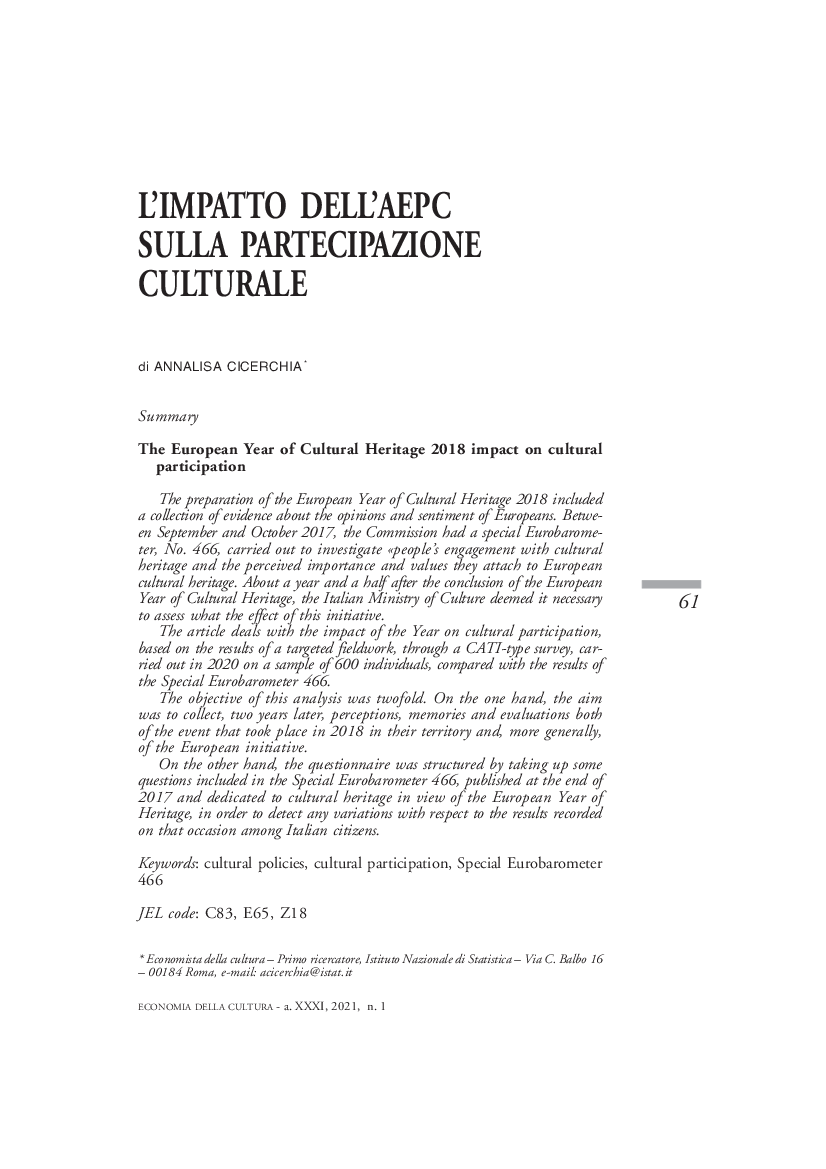